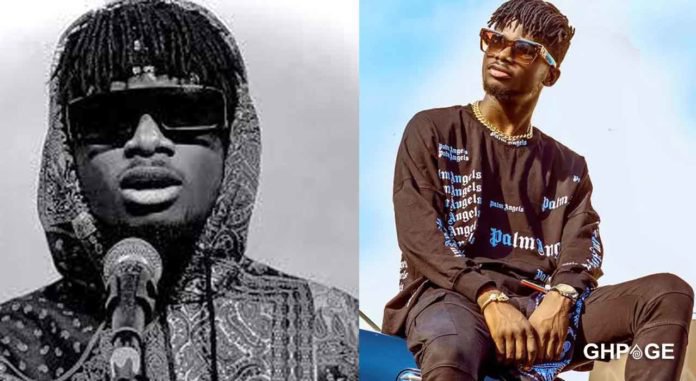 Celebrated musician and reigning Artiste Of The Year, Kuami Eugene in the studios of Joy Prime proved that he is versatile in the whole music fraternity by delivering some startling and interesting rap lines.

After he bagged the Artiste of The Year award, surpassing Sarkodie, Kofi kinaata,Diana Hamilton, Medikal, and king promise to win the award, many people have fumed up saying he didn’t deserve it.

In his reaction, he said that everyone has an opinion about him being crowned Artiste of the Year at the 2020 Vodafone Ghana Music Awards (VGMA).

Kuami Eugene certainly is a super talented star. He delivered some stunning rap lines in a hot freestyle video which is trending.

During the studio time, the ‘Open gate’ composer gave some back to back ‘Ba’ rhyming lines.

Certainly, Kuami Eugene will thrive if he should enter into the rap game as well to compete with the likes of Medikal, Sarkodie, and perhaps Kwesi Arthur.

Artists Of The Year, Kuami Eugene dropping some hot bars

The post Proof of Eugene Kuami versatility:Check out video appeared first on illuminaija.

TOO MUCH MONEY! See The 10 Countries With Largest Gold Reserves In The World