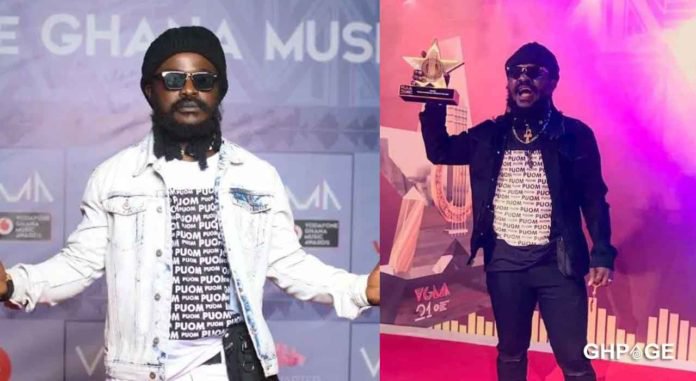 According to recent reports, the new reggae dancehall artiste of the year at the just ended Vodafone Ghana Music Awards VGMA, Ras Kuuku , has lost his award to robbers.

The artiste is reported to have been touring with his award after he had the chance to grab it and has been moving from one place to another.

Ras Kuuku successfully made his way through the genre after the two dancehall giants Stonebwoy and Shatta Wale were banned from the prestigious award.

This is report has been going viral on social media and according to
Celebritiesbuzz.com after verifying its authenticity, has confirmed from the camp of Ras Kuuku that nothing like that has happened.

Ras Kukuu was declared the winner of the Reggae/Dancehall Artiste of the Year after beating artistes such as AK Songstress,J Derobie,Jupitar,Samini Epixode.