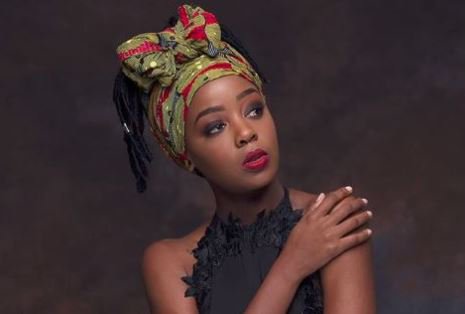 The star decide to throw it back to the times when her heritage has been questioned as she reminded her fans of the cultural complexities within them all.

In her post, she stated that she is proudly wearing her culture on her sleeve.

She said being a part of a multi-cultural nation can be challenging.

Thuso explained that her name is multicultural: Thuso (Sesotho), Nokwanda (Zulu) and Mbedu (isiXhosa), and it had taken her years to fully learn about her identity.

Thuso recounted how she had to deal with people who think she could speak the language, Sotho.

It got to a stage, she had to learn how to speak and learn more about her Sotho roots.

“Being in Joburg and people immediately communicating in Sesotho was always awkwardly funny because I had no clue what they were saying! It would only be when they stopped to catch their breath that I’d say ‘I don’t understand what you’re saying’ that they’d then snap and say ‘What kind of Thuso  are you?’

“(They) would want to call me ‘Nokwanda’ because, to them, that’s more fitting. I always declined because Nokwanda is reserved strictly for my family.”

She concluded: “This year I learnt that my grandfather was from Lesotho and that we still have living relatives in Lesotho. You learn something every day!”

YOU MAY ALSO LIKE  Permanent Secretary Slumps In Abuja

The post Read: Thuso Mbedu reflects on the time her heritage almost failed her appeared first on illuminaija.