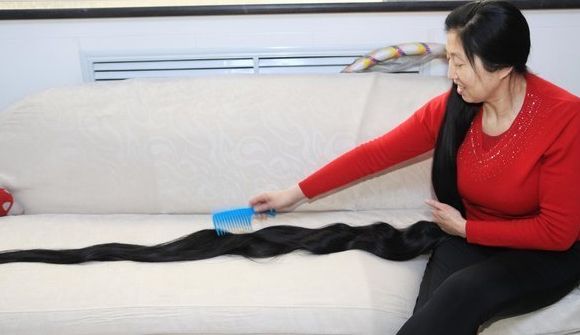 So Rapunzel does exist. And not just one, but dozens of them. A group of Chinese women and girls in Guangxi, China, gather by a river near the Huangluo Yao village to celebrate their long hair in an annual festival on Saturday. 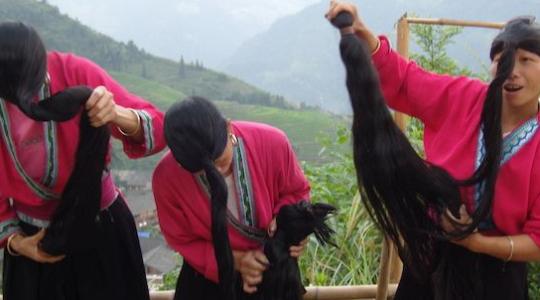 The members of the tribe have hair as long as three feet with one villager’s locks measuring seven feet long.

The women from the Yao ethnic group usually keep their hair wrapped under headscarves, but during the festival finally, let their hair down to wash and comb out their locks.

51-year-old Pan Jifeng is one of the tribe women who has kept to the tradition According to Pan, a secret has been passed down by generation to generation for local women to keep their long locks healthy and shiny.

She said villagers would keep the water they use to wash glutinous rice, then wash their hair with it.

YOU MAY ALSO LIKE  CONGRATS!!! See The 5 Lucky Winners That Predicted Man United vs Arsenal Score Correctly As They Win N5,000 Each

‘We do not cut our hair from birth. When we reach the age of 18, we get our first haircut as part of a coming of age ceremony which signifies that the girl is now an adult and can marry. The hair cut off at the ceremony is not to be thrown away, but preserved.

After marriage and childbirth, this section of the hair is weaved and worn in the form of a hairpin as a distinction between married and unmarried women’, she says. 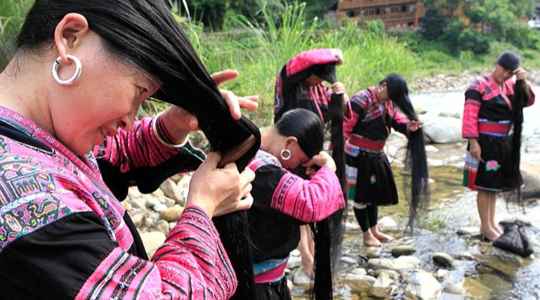 This tribe’s tradition has earned them a place in the Guinness Book of World Records as the world’s first long hair village. It is believed that a woman’s long locks will bring longevity, wealth and good fortune to her family.

According to China.org.cn, the Yao tribe dates back some 2,000 years. There are 600 members of the tribe in the total made up of 78 families.

Most of the women’s hair hangs down to their ankles with 60 members of the tribe with hair longer than three feet. The longest hair in the village is seven feet long.

The post REAL LIFE RAPUNZELS: Women In This Chinese Tribe Only Cut Their Hair Once In Their Lifetimes appeared first on illuminaija.