Efia Odo is likely to take over from Akuapem Poloo as the clown of the day as a receipt and audio shared online shows her begging for money to buy a sofa.

The actress like many other celebrities is associated with the brand Pinamang Cosmetics and its owner.

In the audio, the owner of the business allegedly is heard saying that the social media star begged her for money worth 10,000 cedis to buy a couch because her guests stand outside the house when they visit her.

Apparently, the owner of Pinamang Cosmetics after sending Efia the money forwarded the receipt to Akuapem Poloo calling her a penniless celebrity who can’t even afford a chair.

Efia Odo allegedly begged for 10,000 cedis to buy a sofa

Also, the receipt shows Efia Odo’s real name, Andrea Owusu, confirming that the money indeed was sent to her account. 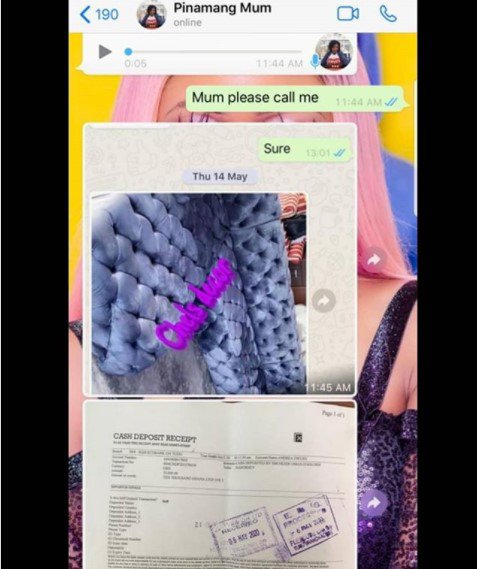 While some have trolled Efia, others have called the owner of the business, who is a woman, an opportunist who has built her brand from associating with celebrities but has no regard for them.

From the audio which has gone viral, the woman mentions Shatta Wale and says that the latter only has fun with Efia Odo but gives her zero money.

The post Receipts of Efia Odo begging a woman to buy her 10,000 cedis sofa drops appeared first on illuminaija.