The Mavin young star, Rema has announced via an official twitter account that he would be taking a break from all his social media platforms indefinitely.

This was made known in a statement in his tweet which was posted on his behalf earlier today.

According to the statement, the Jonzing World team be taking over all his social media accounts.

The singer who just released a blazing hit “Woman” would be taking a break from social media until further notice. Although the reason for this sudden move was not disclosed, we’re sure that Rema is up to something.

Read what he wrote below:- 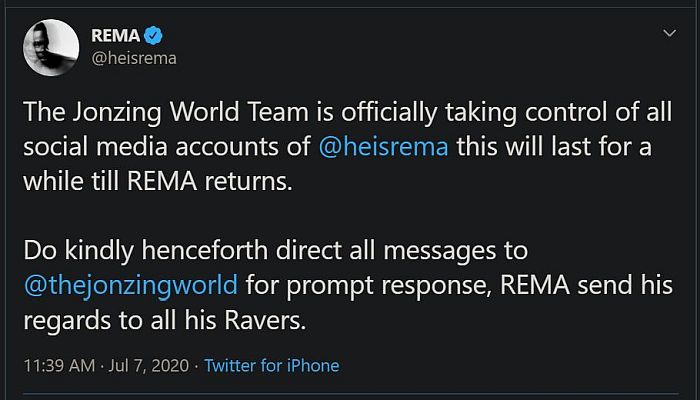 Did You Know The Omo Valley Tribe In Ethiopia Have Lived Without Electricity For Many Years? They Still Don’t Live With Electricity!!