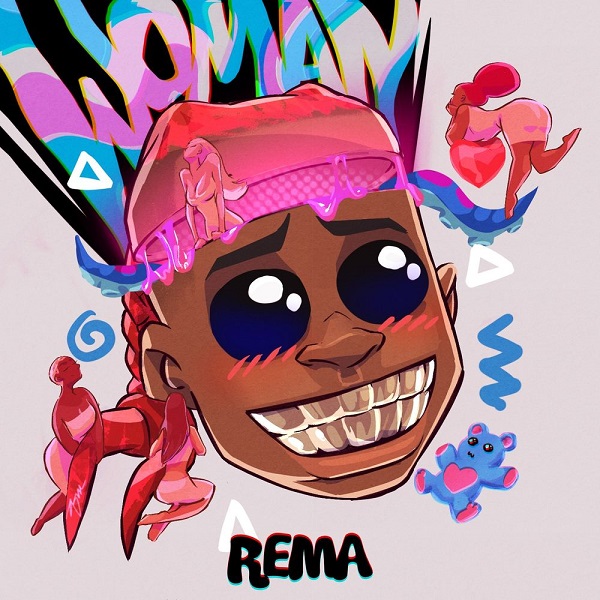 Yea Rema is back with another Banger and he hits us hard with this brand new tune ‘Woman’, produced by Ozedikus and Altims.

‘Woman‘ by Rema… With ‘Beamer‘, ‘Rainbow‘, ‘Ginger Me‘ and ‘Alien‘ still trending, buzzing, gaining massive streams on digital stores, on popular demand and topping charts heisrema set out another potential hit titled “Woman”. The young International superstar under Jonzing & Mavin shows no sign of slowing down.

This new jam produced by Ozedikus and Altims is a blend of Afrobeat, Pop and the African sound. It has the full capacity to take over your playlist. Rema brought a big vibe into this record and you know whenever the young champ shouts ‘Another Banger’, its problem.

On ‘Woman‘ Remmy talks about been addicted to women, shares he can’t just stop loving them and hold himself. The singer was dynamic about this, he sings about loving many women and doesn’t mind marrying them; ‘I’m in love with plenty women, i no mind marry all of them‘ this shows the Afrobeat Fela in him. He touches the trending Rape issue on this song with the Lyrics; ‘Dem many wey i adore, if dem no do, no be by force, plenty dey wey go concur‘ which translate to there are lot of women out there, if you want to have fun, do not force yourself on one that not interested in you. And also talks about avoiding Sex sandals… Listen and Enjoy below