Reminisce has reacted to being seen as a sex symbol as passed off in a tweet by Twitter user @AfroVII and he is saying he didn’t come to Lagos to be seen as one.

Twitter user @AfroVII had stated that the indigenous rapper may not know he is sex symbol and went on to share an answer Reminisce might give to such question. He tweeted;

I don’t even think Reminisce knows that he’s a sex symbol.

Interviewer: Reminisce, do you know ladies really like you as a sex symbol?

YOU MAY ALSO LIKE  Shortly After Wedding | Superstar Vocalist/Producer Csplendor Poses With His Beautiful Wife, Baby Bump 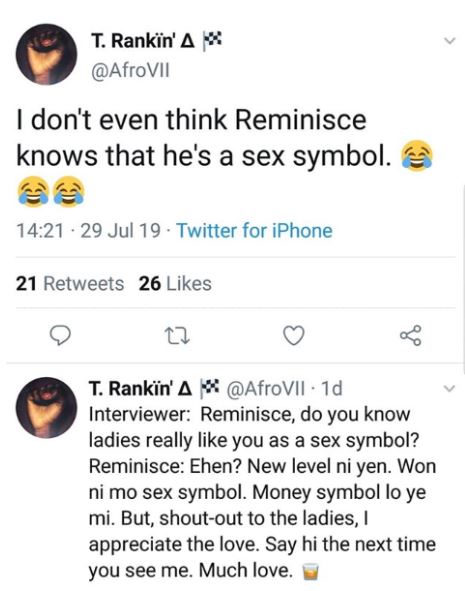 Reacting, Reminisce stated that the answer interpreted as his is accurate because he didn’t come to Lagos for such. He wrote;

I dunno about the “Sex Symbol” kini .but the response is pretty accurate!!Its no Longer News pe Mo Kala Gaan!! I am from Ajilete..i did not come to Lagos to be a “SexSymbol”

See his real reply here below:- 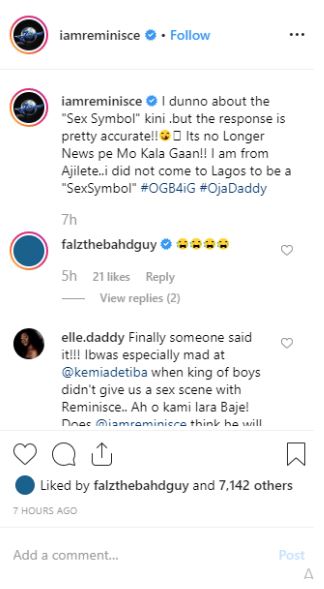