The leader and founder of Anointed
Palace Chapel Rev. Obofour happens to be one of the most envied men of God in the country.

Asanteman Bofour as he is affectionately called is blessed with Queen Ciara who has a huge ‘tundra’ that he(obofour) always brags about when he gets the least chance.

Well, the preacher and his wife recently were spotted at an event enjoying themselves. Queen Ciara who was seen happily giving her hubby her big backside with a seductive lap dance but he could not stand the ‘heat’.

While many people hoped that Rev. Obofour would grab that opportunity to do the one thing he is always talking about in public, he decided to be ‘shy; this time and run away so as to avoid all the public ridicule that might come up.

See photos of them below: 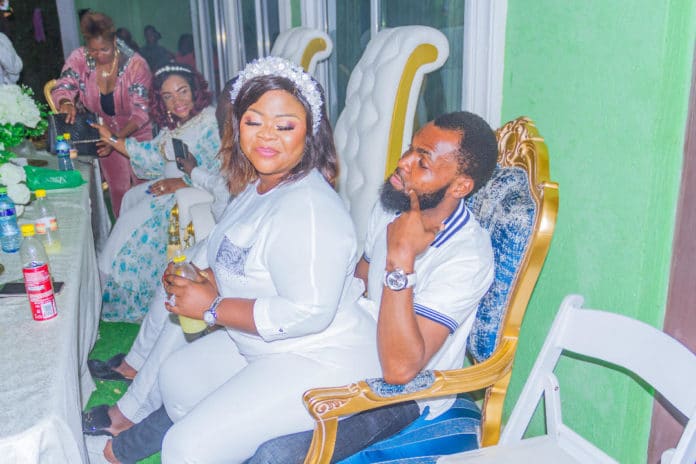 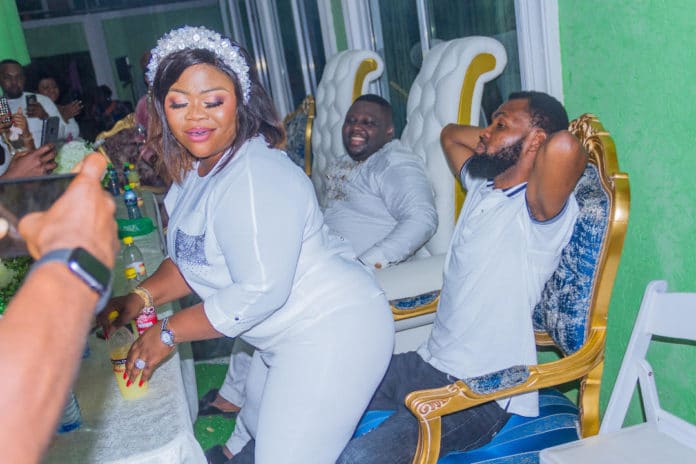 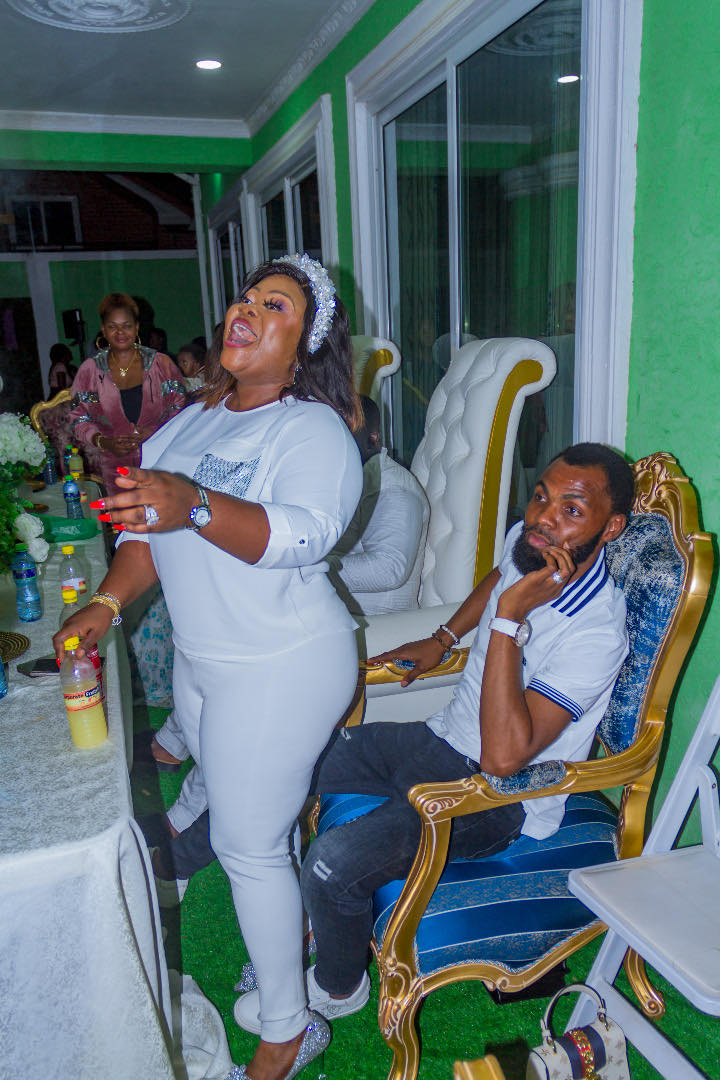 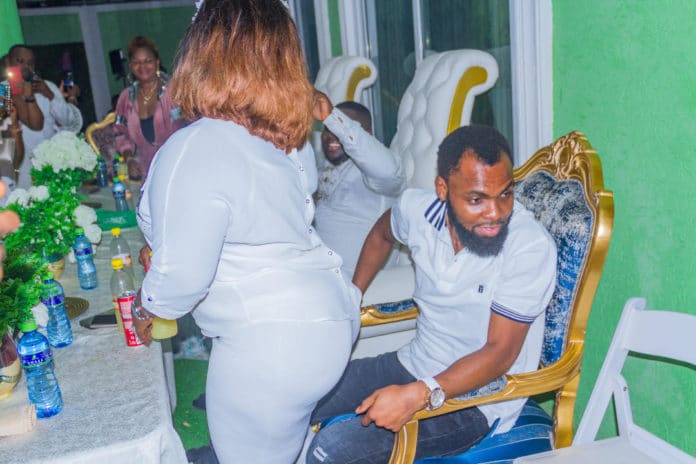 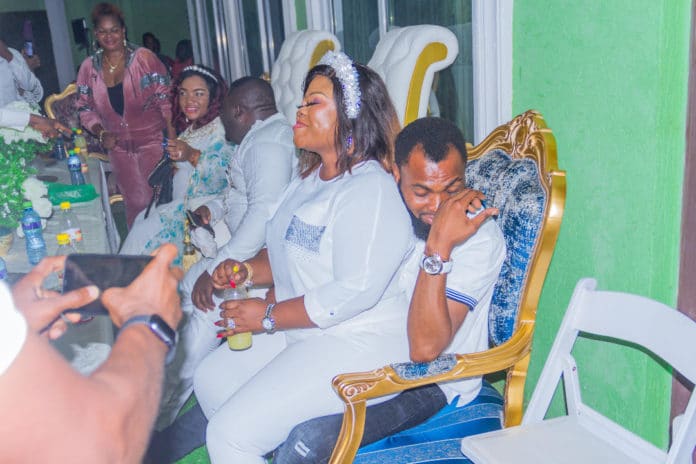