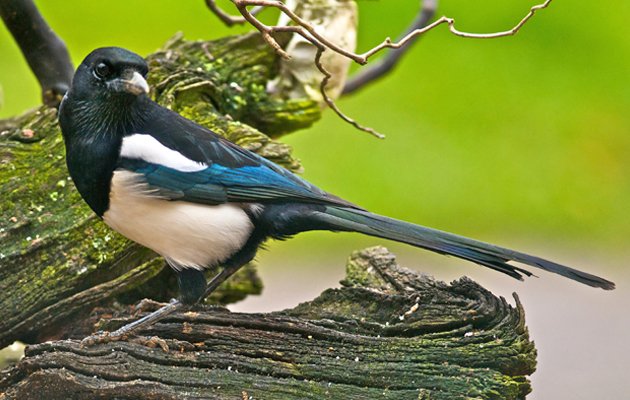 In England, seeing a solo magpie is thought to bring bad luck, however, the English people have come up with the perfect antidote for this prevailing bad luck: Salute the magpie! So if you come across someone walking alone and saying, “Good morning, Mr. Magpie. How is your wife today?” don’t worry, they are not crazy or anything, just warding off sorrow and bad luck.

In Britain, there is probably no other wild bird that is associated with superstition as much as the magpie. Folklore has surrounded magpies in the UK and the rest of Europe for 100s of years and Victorians were so fearful of magpies that they nearly hunted them to extinction. 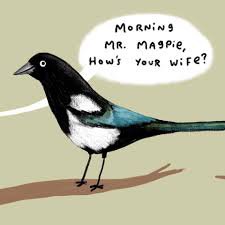 However, before the spread of Christianity, the magpie was an important symbolic bird often associated with good luck or fortune. The Romans, for example, believed that the magpie was highly intelligent with excellent reasoning abilities, and in Ancient Greece, magpies were sacred to Bacchus the god of wine. 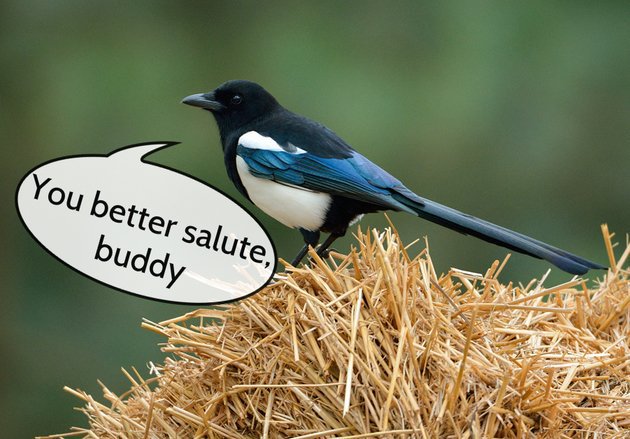 Further afield some tribes of Native Americans believed that wearing a magpie feather was a sign of fearlessness, while others considered the magpie to be a sacred messenger of the creator or even a guardian with shamanic properties.

But the Church viewed the magpie very differently, insisting that it was the only bird not to weep or comfort Jesus during his crucifixion or go into a proper period of mourning because of its pied plumage.

From this grew a number of superstitions around magpies and the stories in the bible.  In the 19th century, a vicar reported one of his servants explaining that the magpie was the only bird not to enter Noah’s ark, preferring to sit outside chattering and swearing in the pouring rain. 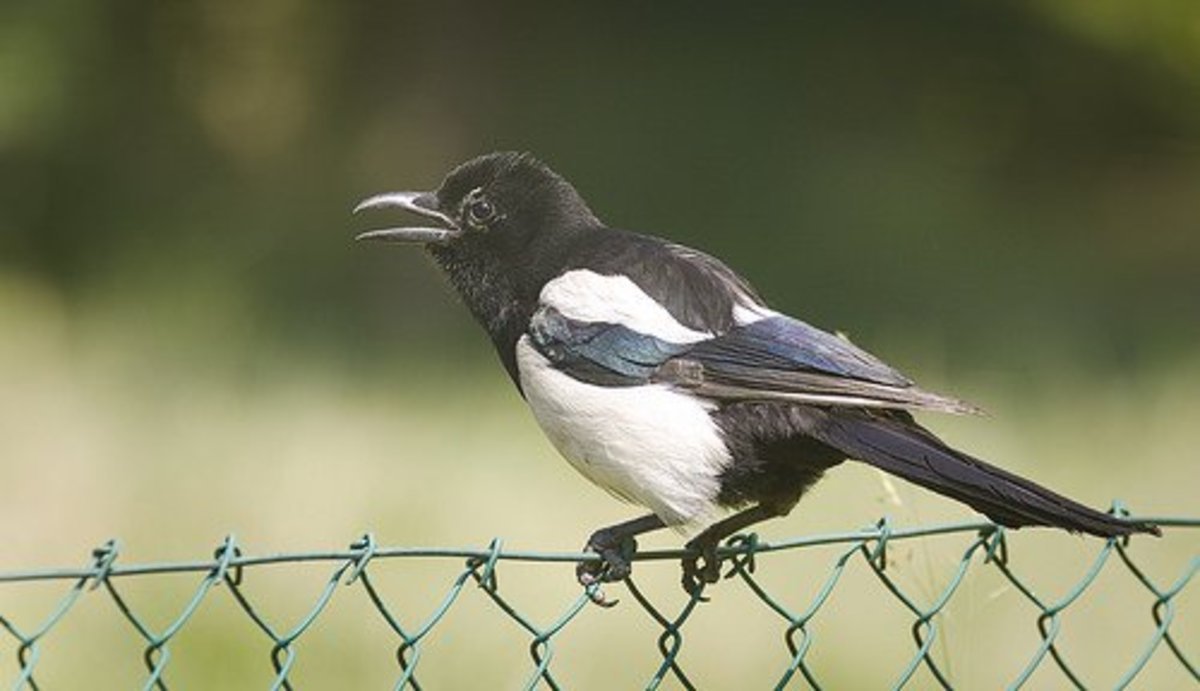 Another tale from the same era says that the magpie is a hybrid between the raven and the dove and therefore the only bird not to have been baptized.  It was also the Church that started the rumor that magpies carry a drop of the devil’s blood in their tongues.

If you were to cut the tongue to release the blood, then the magpie would be capable of human speech. Like other corvids, magpies have long been associated with death. In medieval times they would have been found scavenging near battlegrounds, field hospitals, and the gallows in search of carrion. 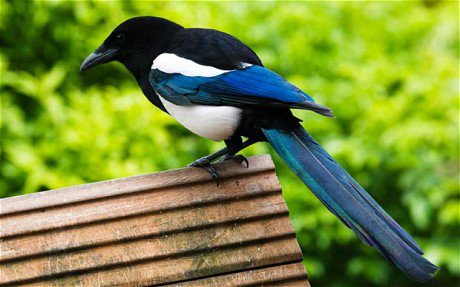 During the breeding season, they will supplement their diet of grubs and berries with the eggs and chicks of other birds, including pheasants, which meant gamekeepers and other country folks wouldn’t have been too fond of them. 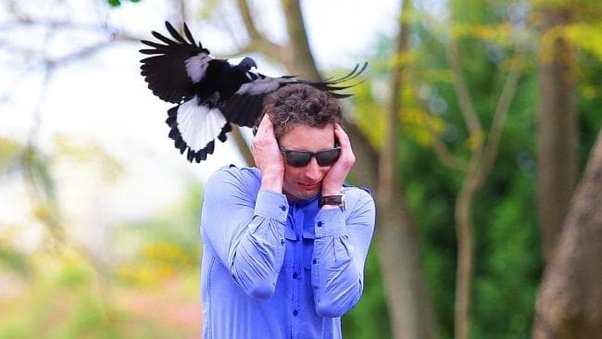 Magpies are also known for their inquisitive and mischievous nature, which meant they earned a somewhat unfair reputation as thieves with a particular liking for jewelry and other shiny objects. If a precious ring went missing it was easy to blame it on a magpie. 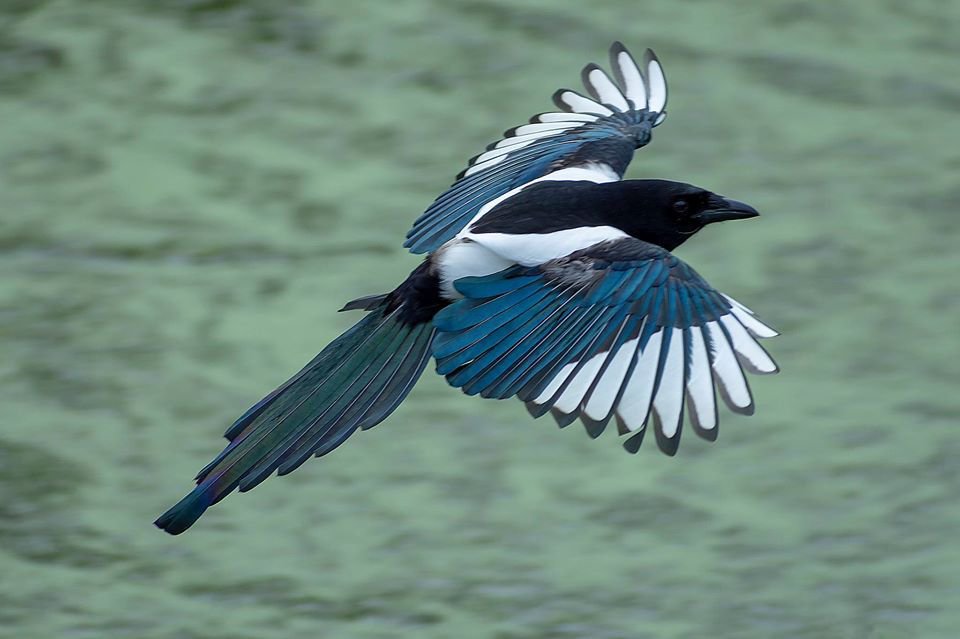 Rossini wrote a tragicomic opera entitled La Gazza Ladra (The Thieving Magpie) about a French girl accused of theft who is tried, convicted, and executed.

Later the true culprit is revealed to be a magpie and in remorse, the town organizes an annual ‘Mass Of The Magpies’ to pray for the girl’s soul. Over time, the notion that magpies were bad birds morphed into the idea that magpies will bring bad luck.

The post Salute The Magpie Or Have Bad Luck! See Why English people Talk To This Kind Of Bird appeared first on illuminaija.