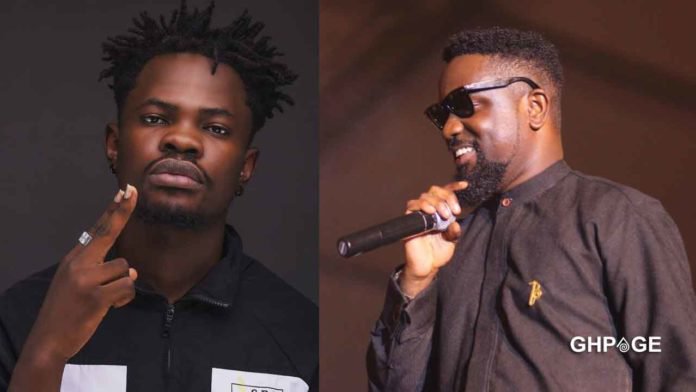 According to Fameye, BET award winner and multiple VGMA award winner Sarkodie should be left out of this year VGMA’s.

The ‘Mati’ hitmaker speaking in an interview on TV3 explained that King Sark has won many local awards including that at VGMA so to him he sees no reason for him to again be in this year’s list of nominees.

In his further statements, Fameye stated that Sarkodie has to leave it(the VGMA awards) for young artists like himself and other young acts to win.

“Sarkodie has won many awards and I don’t think there is a need for him to win more. He has to leave it for young artists like us to win. I admire him a lot and I think it’s about time he goes on leave in terms of winning awards”.Fameye said.

Sarkodie has carved a niche for himself in the Ghana Music Industry especially when it comes to rap music. The King of Rap has from time past stayed relevant in the game till now.

It’s with an undeniable fact that Fameye born Peter Famiyeh Bozah requests his exclusion from the awards system because he knows definitely he will win in any category he’s placed.

All is set for the biggest music awards night in Ghana as the Vodafone Ghana Music Awards is set to come off tomorrow, 29th August, 2020.

The post Sarkodie level is way above the VGMA awards, he should be left out – Fameye dish out advise appeared first on illuminaija.

I won’t rush on DJ Switch now, I’ll wait till she is 19 – Another guy shows interest