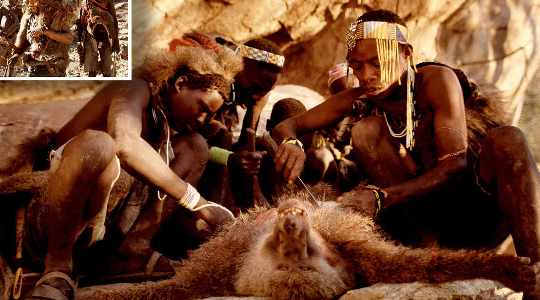 The Hadza people are one of the most peculiar tribes around the world. They have their home on the shores of Lake Eyasi, in the Ngorongoro district in the north of Tanzania. 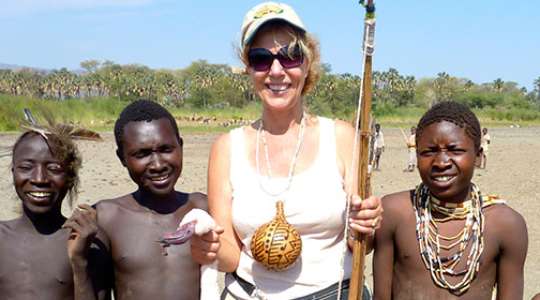 The Hadza people are desperately searching for a way to secure land rights to preserve their 10,000-year-old way of life. Their rustic lifestyle involves hunting with spears and sporting animal carcasses.

However, the most shocking aspect of the lifestyle of the Hadza people is that they are heavy smokers. This is not just your average cigarette smoking. The Hadza huntsmen have been seen many a time lighting a cannabis joint.

The Hadza are also faced with environmental problems. They need access to unpolluted water springs and wild animals to hunt in the East African country.

They are considered by anthropologists one of the most ancient groups of hunter-gatherers of Africa. Hadza men traditionally hunt for animals and collect honey in March and August, while women gather berries, baobab fruit and dig edible tubers and roots.

YOU MAY ALSO LIKE  Burna Boy – “Collateral Damage” Lyrics

The Hadza are allowed to hunt even inside the National Serengeti Park, where any kind of hunting is normally forbidden and illegal, but the Hadza are granted special permits by local authorities.

Their usual preys are small antelopes, wildebeests and baboons; they rarely hunt big preys, like buffalos and zebras, they even gather the carcasses of animals they find on their way.

They move their camps to follow the movements of animals to hunt or to find new fruits, berries and tubers to collect; when they hunt or find a very big animal that is difficult to carry, such as a buffalo or an elephant, they move the camp near the source of food. 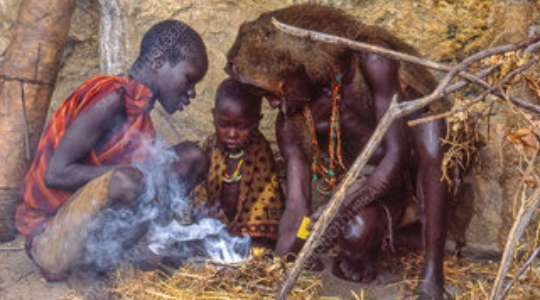 In the dry season, hunting concentrates around the waterholes, where the animals come to drink, that makes ambushing easier for the Hadza hunters.

The bows and arrows used for hunting are made by the hunters themselves using the tendons of giraffes as strings for bows, while the arrowheads are made of iron and are bought from the Datoga through bartering.

YOU MAY ALSO LIKE  BBNAIJA:- “You All Are Winners To Me” – Tacha Says In New Emotional Notes To The Last 5 Housemates

The poison the men smear on their arrowheads is made of the boiled sap of the desert rose, known with the botanical name of Adenium obesum.

The post SAVAGES! Meet The Hadza Tribe Of Tanzania Who Smoke Cannabis And Eat The Brains Of Baboons appeared first on illuminaija.