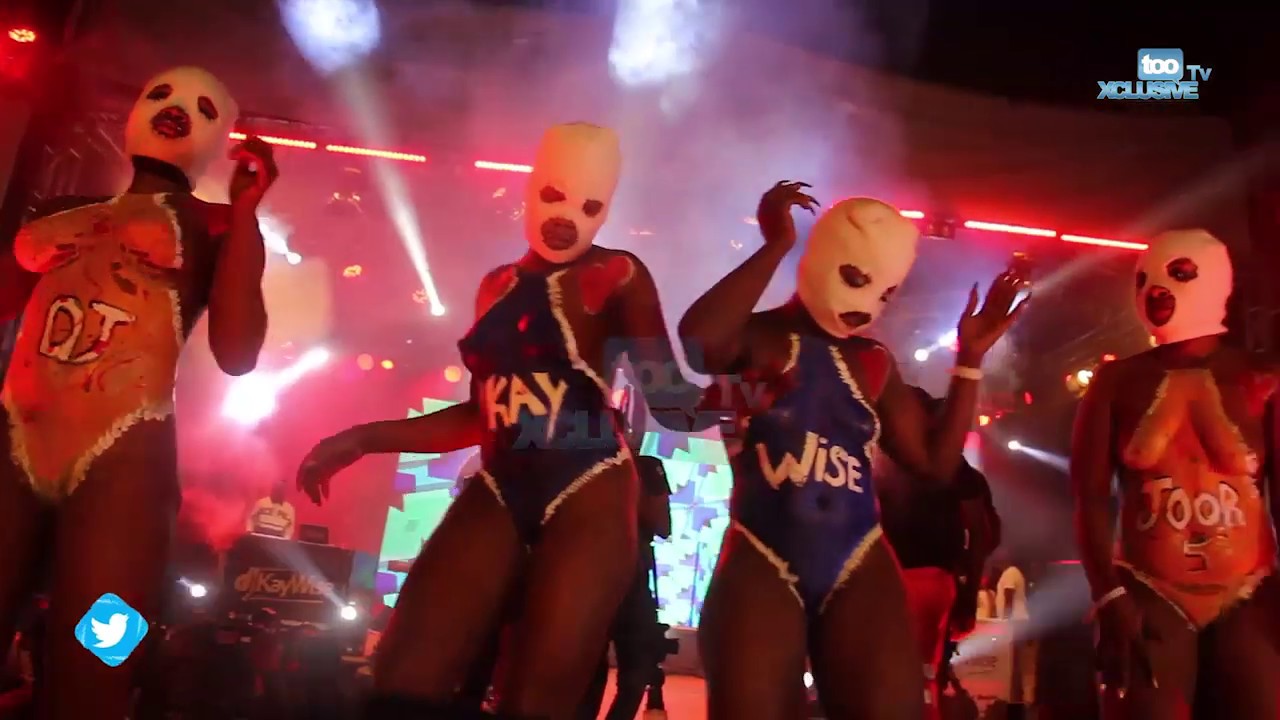 Fans were thrilled with the sight of girls showing off different twerking styles at Dj Kaywise’s Joor concert.

After seeing several artistes perform at the show, fans thought they had seen it all until Kaywise ushered in 5 sexy ladies stripped naked to the stage. All ladies painted their bodies and a mask to cover their faces showed their support to the disc jockey while he entertained his fans with his swaggalicious performance. This scene which was one of the major highlights of the show further spiced up the event and left guests wanting more.

YOU MAY ALSO LIKE  Coronavirus: FG presents proposal for schools’ reopening to National Assembly