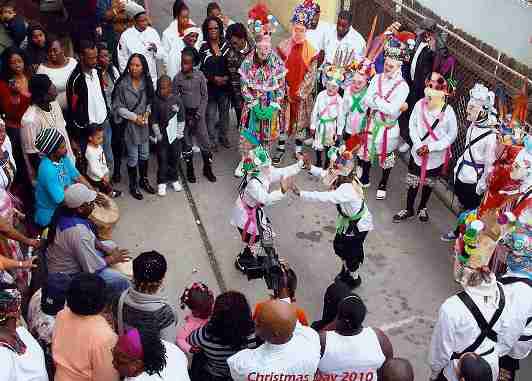 The Garifuna people of Belize have African and Native American roots and rituals. One of the most popular rituals of the Garifuna is the Wanaragua, which is a ritual performed during the Christmas holiday. In this ritual, there are masked dancers called the Jankunu.

The Garifuna dance to the beat of drums while dressed with a “white man” mask and clothing. This ritual represents the Garifuna liberation from the “white man.” 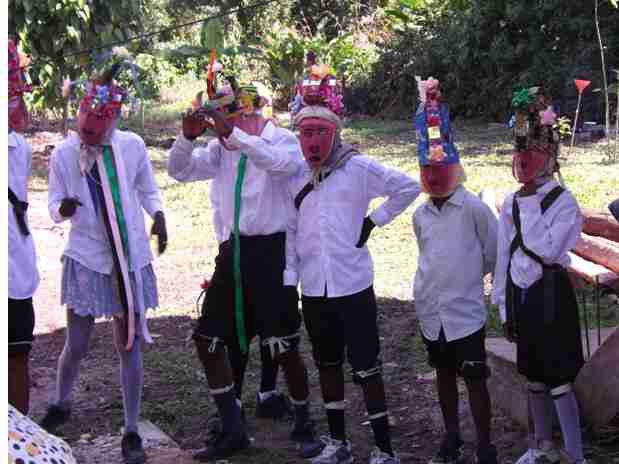 The warlike Wanaragua dance, also known as Máscaro in Spanish or John Canoe in English, is performed during Garífuna Christmas and New Year festivities and patron saint celebrations.

With strong knee and open arm movements, the dancer grabs and shakes ribbons dangling from his headdress. The flashy dance, requiring skill and energy, is accompanied by two drums and shells tied to the dancer’s knees. 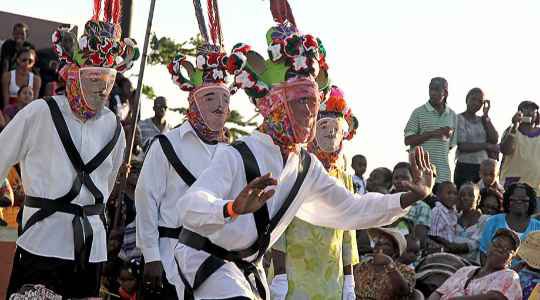 The origin of this masked dance dates back to the epoch in which the Garífuna inhabited Saint Vincent Island (XVII-XIX century). In those days, the British colonizers infiltrated the island, setting their sight on the vast expansions of land and the local workforce, the Black Carib.

YOU MAY ALSO LIKE  Watch Moment US Sexy Female Rapper; Megan Thee Stallion, Offered Davido Her Butt But He Refused 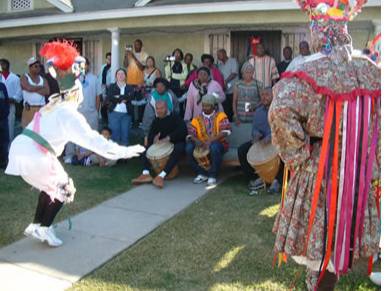 These Garífuna ancestors resisted imperialist attacks and engaged in armed conflict with the British. This dance readopts the disguise that the Garífuna warrior utilized as a strategic defense against British forces. It is a celebration of their military victories.

According to Garífuna’s oral tradition, Barauda, the wife of the legendary Garífuna chief, Satuye, insulted her husband for not “being enough of a man” to avenge the British. The British were invading their communities and burning their cassava fields.

She says, “Women, we are going to have to dress as men and fight against the British. Meanwhile, men, you had a better dress than women. Because the only thing you do is flee each time the British come near our villages.”

YOU MAY ALSO LIKE  [Audio + Video] Ayanfe – “African Vibe”

They assumed that only women were at home in the villages. Dressed as women, the male warriors assaulted the British and took the troops off guard. That is how the Garífuna cleverly deceived the British.

The post See How The Garifuna People Of Belize Celebrate Their Liberation From The ‘White Man’, They Dress Like White People!! appeared first on illuminaija.