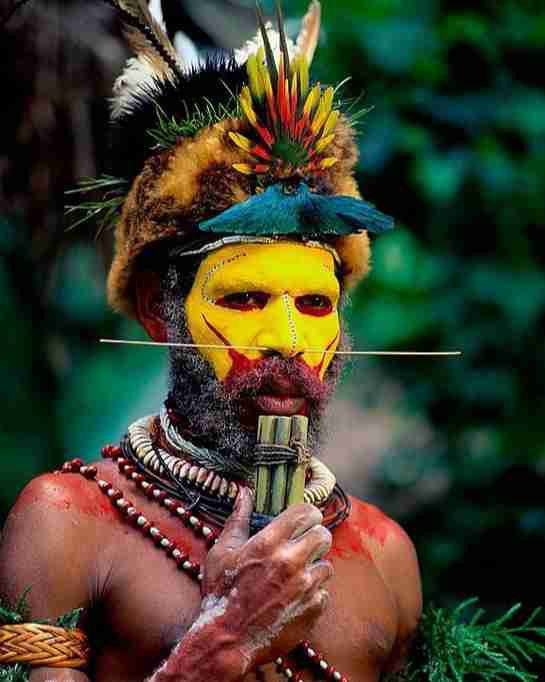 The Huli are one of the most famous tribes on Papua New Guinea, an island in Oceania that is home to hundreds of unique traditional tribes.

The Huli are proud and fearless warriors who are known for their ornate headdresses and unique way of painting their faces and bodies with bright yellow Ambua (a sacred clay) and red ochre. 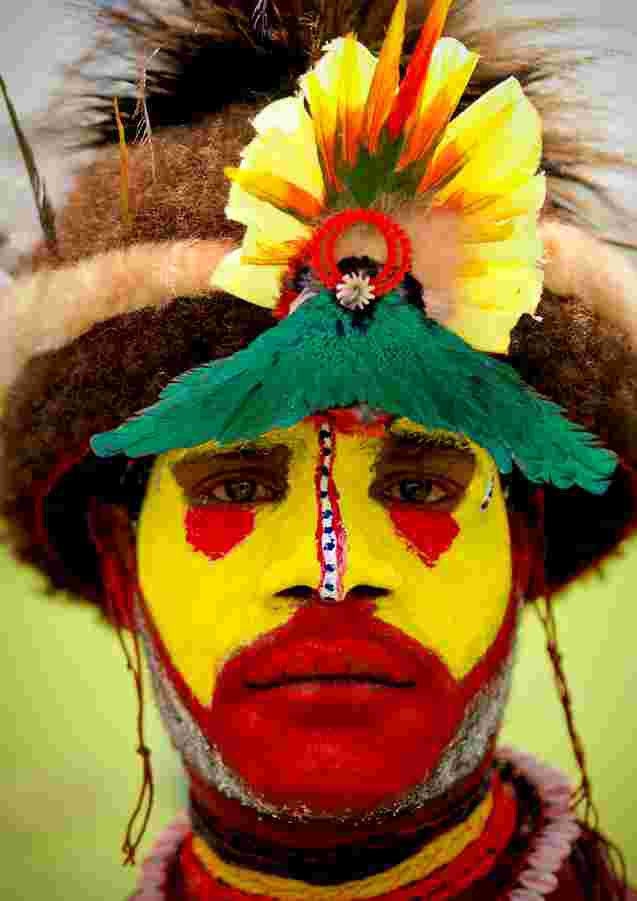 The men also put cassowary quills through their noses, snakeskin across their foreheads, a hornbill beak on their backs, kina shells around their necks, and a belt of pigtails to attract the ladies.

The Huli clan calls the Hela Province and Southern Highlands of Papua New Guinea home. They regard themselves as one people descendant from a male ancestor called Huli. He is said to be the first man who gardened on Huli territory.

Pigs are the Huli’s main exchange commodity and they are often used to pay for bride price, death indemnities as well as ritual payments. Ambua is the Huli word for yellow clay.

This clay is sacred in their culture as is the red ochre clay and sets the Huli warriors apart from all others with their unique and colorful traditional body decoration. Unmarried Huli men prepare themselves for adulthood in a unique way. 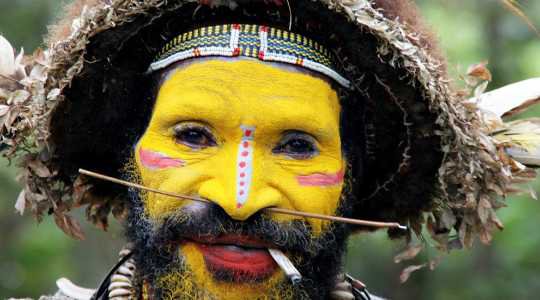 They enter a school for bachelors for a period of between roughly 18 months to 3 years where they receive instruction on the biological and ritual process of masculinization. The young males are separated from their mothers and all women for much of this period and when they aren’t, they are absolutely forbidden from physical contact with any female.

Sexual contact in particular would contaminate their stores of male essence. The Hela Province is the home of the renowned Huli Wigmen. Special magic and a restricted diet help build a boy into a man and make his hair grow strong and fast. 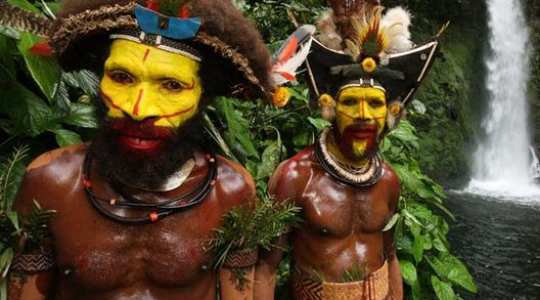 Under the guidance of the cult expert, the boy’s hair is picked out and periodically splashed with ritual water until it is long enough to be shaped by a circular band of bamboo into what looks like a mushroom of hair.

Eventually, this band is replaced by an oblong one creating an effect something like a toreador’s hat. Throughout this period the boy sleeps on a headrest that prevents his hair from being squashed.

YOU MAY ALSO LIKE  ‘Laycon Will Not Win This Big Brother Naija. Take It or Leave It’ – Queen Vows

After roughly 18 months the entire coif is clipped off close to the scalp and reformed to create the basis of the renowned Huli ceremonial wig.

Iridescent blue Superb bird of paradise breastplates and parrot feathers are then added and in some locations, the wig is also encased in red ochre.

The post See This Culture Where They Build A Boy Into A Man By Shaping His Hair Into A Circular Band Of Bamboo Sticks! See Why!! appeared first on illuminaija.