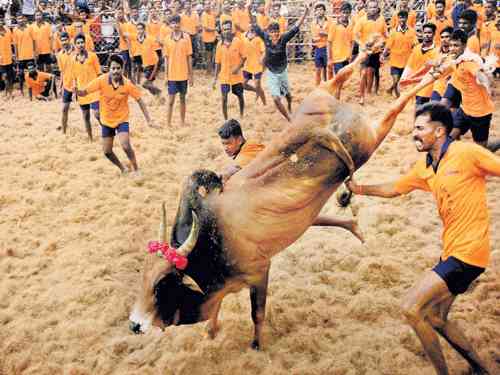 Unlike its Spanish counterpart, Indian bull-fighting, or Jallikattu, is done without the help of any rope or weapons.  In Taminadu, Jallikattu (Bull Taming) is an event practiced during the Pongal Celebration on Maatu Pongal.

A running bull is released into a crowd of people. Many young participants will grab the bull and ride it as long as possible attempting it to stop. 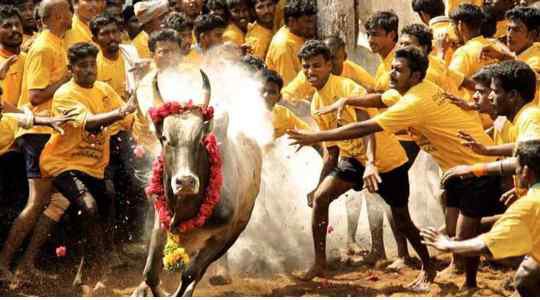 ally for this event.

During the event, prizes are announced to the youth participants who win. Jallikattu is being practiced during the Tamil Classical Period (400-100 BC). It was a common ev 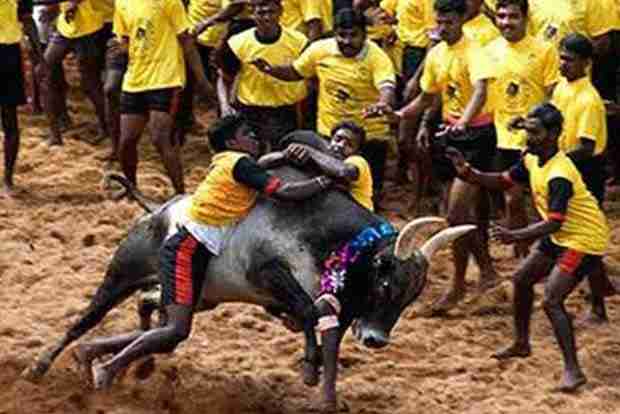 ent during ancient times during the “Mullai” period. A seal from the Indus Valley Civilization depicting the practice is preserved in the National Museum, New Delhi.

A cave painting in white kaolin discovered near Madurai, depicting a lone man trying to control a bull is estimated to be about 2,500 years old.

Animal welfare associations like the FIAPO (Federation of India Animal Protection Agencies) and PETA India have protested against the Jallikattu since 2004. 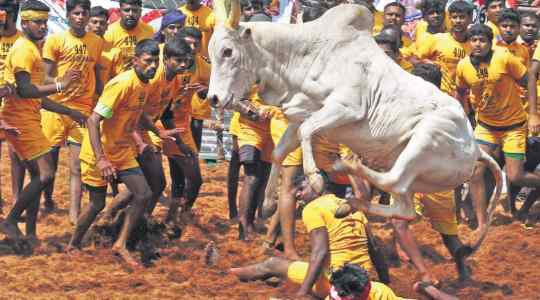 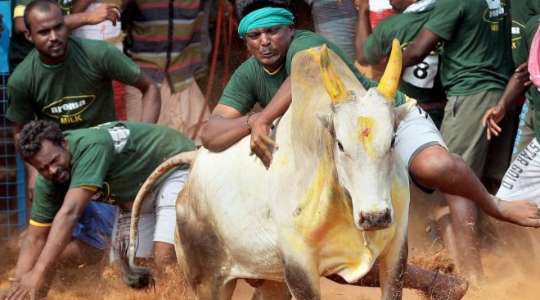 However, on 27th November 2010, the Supreme court again permitted the Government of Tamil Nadu to allow Jallikattu for five months a year under the surveillance of District Collectors.

This is to make sure the bull participates in Jallikattu is registered to the Animal Welfare Board (AWB). In return, the AWB sends a representative to monitor the event.

During the same year, the Tamil Nadu Government ordered the organizers to deposit Rs.2,00,000 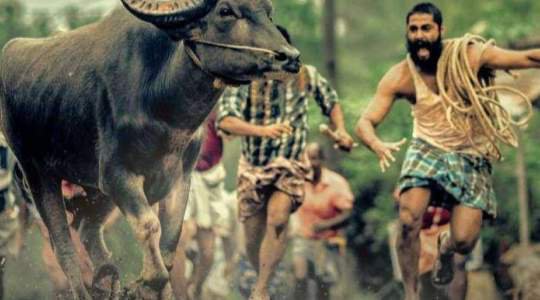 .00 in case of an accident or injury during the event. 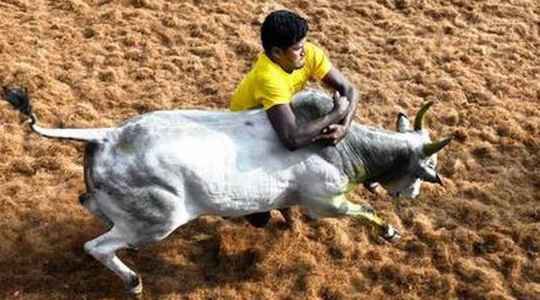 ding Jallikattu. But Jallikattu practice continued under the Tamil Nadu Jallikattu Act No 27 of 2009. Supreme Court of India on 7th May 2014 banned J 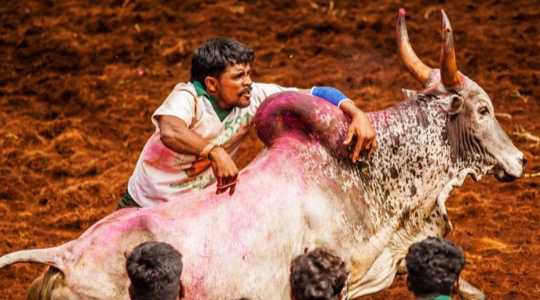 allikattu totally which struck down the state law as well.

The peaceful protest started on 8th January 2017 and ended on 23rd January 2017. It was started peacefully but didn’t end like the same. There was a lot of violence during the end of the protest, it was because the government had only 3 days for Republic day.

Before that, they have to clear the marina beach, the place where the protest took place. The Jallikattu protest was one of the historic protests that happened in India.

The post See This Dangerous Tradition Where Young Men Fight With Bulls Without Any Instrument, See Why!! appeared first on illuminaija.