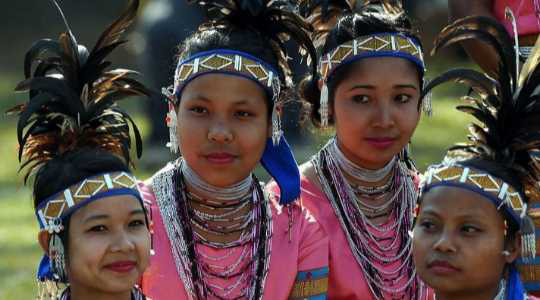 The Khasi community is the main indigenous group calling home to the Indian state of Meghalaya. They are a matrilineal community. Here, the property belongs to the youngest daughter of the family. Children receive the last name of the mother.

It also involves matrilocal residence, which means that after marriage, the husband comes to reside with the wife’s family. Owing to all these reasons, Khasis live a very different life from their mainland Indian counterparts. The Khāsi speak a Mon-Khmer language of the Austroasiatic stock. 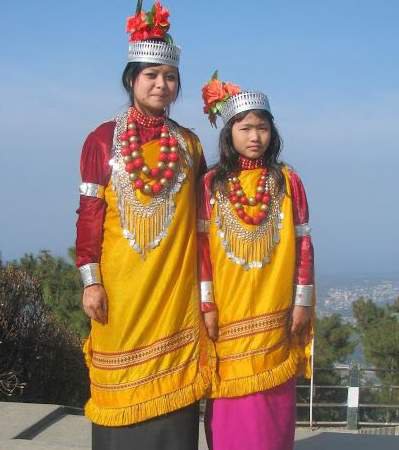 They are divided into several clans. Wet rice (paddy) provides the main subsistence; it is cultivated in the valley bottoms and in terrace gardens built on the hillsides.

Many of the farmers still cultivate only by the slash-and-burn method, in which secondary jungle is burnt over and a crop raised for one or two years in the ash. Under the system of administration set up in the district in the 1950s, the Khāsi’s elected councils enjoy a measure of political autonomy under the guidance of a deputy commissioner.

In addition, seats in the state assembly and in the national parliament are reserved for representatives of the tribal people. Before the arrival of Christian missionaries, the majority of the Khasi people practiced an indigenous tribal religion. 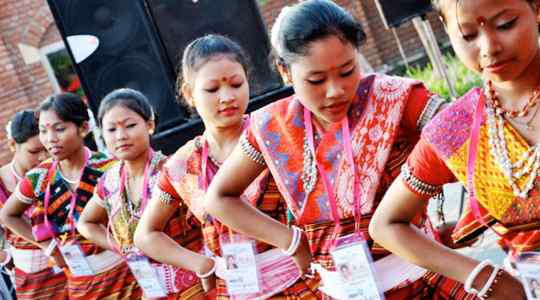 Though around 85% of the Khasi populace have embraced Christianity, a substantial minority of the Khasi people still follow and practice their age-old indigenous religion, which is known as Ka Niam Khasi and Niam tre.

There are also followers of Khasi Unitarianism as founded by Hajom Kissor Sing Lyngdoh Nongbri. Khasi names are known for their originality and elaborate nature.

The given names may be invented by parents for their children, and these can be based on traditional native names, Christian names, or other English words. The family names, which they call “surnames,” remain typically in the native Khasi language.

YOU MAY ALSO LIKE  Zlatan – Shomo ft. Jamopyper, Oberz, Papisnoop

The post See This Place In India Where The Family’s Properties Belongs To The Youngest Daughter And Children Receive The Last Name Of Their Mother! appeared first on illuminaija.