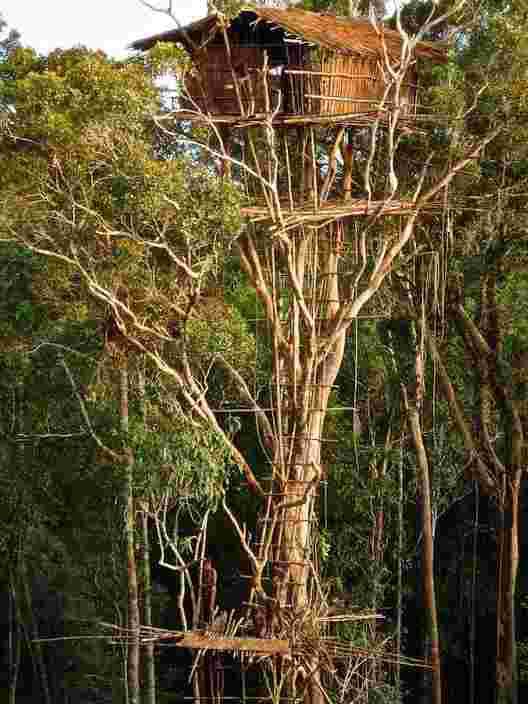 Cannibalism is something humans just can’t seem to get rid of. The criminalization of the act isn’t enough to stop people from doing it. The Korowai Tribe of New Guinea, Indonesia, eats the body of their healer on their death.

Also, The Yanomami Tribe of Amazon takes part in cannibalism. They prepare a mixture of the bone dust of the dead and consume it in a banana soup after 45 days. A 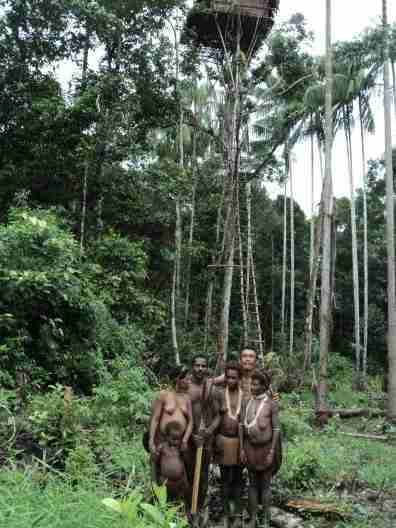 nd exactly after a year, they will consume the ashes left behind after cremation.

The cannibal monks of Varanasi, India called Aghoris are also believed to consume remains of the dead. The Korowai Tribe is a fascinating tribe only recently di 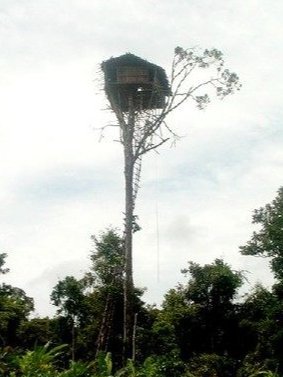 Until the 1970s, there had been no previous recorded contact between them and the western world. In fact, scientists believe the tribe may not have ever realized anyone else even existed other than themselves.

Here’s what you should know about the Korowai Tribe. One of the most remarkable engineering feats of the isolated and primitive tribe is their ability to const 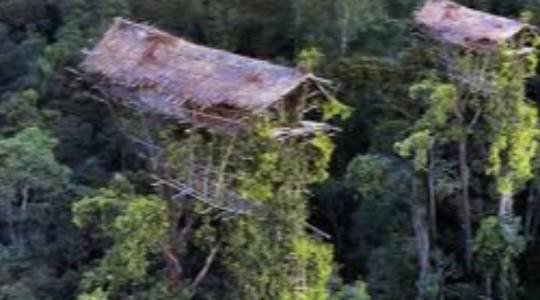 ruct a great treehouse which sits 140-feet high in the jungles. The treehouse is constructed and placed on stilts, which protected the members from rival villages.

These basic structures are only accessed by wooden ladders, placed up against the stilts to reach the top. They make the central pole from a Banyan tree, with the bark of sago palm used for the floor and walls.

They make the roof from the sago leaves. They also create fire pits to protect the hut, as the biggest danger would be a fire. The first recorded case of westerners meeting this tribe wasn’t until 1974 when a group of Western scientists took an expedition to the area. 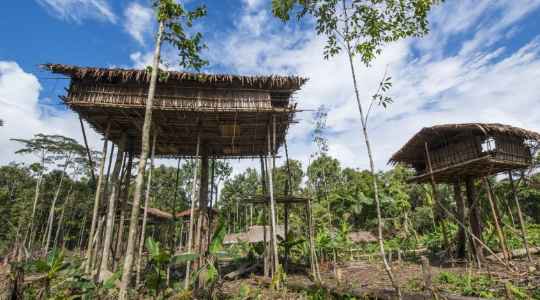 entists made basic observations and noted down some words and local techniques, such as fire-making. Many of the Korowai still believe today that outsiders carry demons and evil spirits. It’s thought that until the 1970s, they may not have ever realized anyone else in the world existed outside their tribe.

Some of them still have probably never seen a white person in their life. Witchcraft still plays a major part of the Korowai belief system. While Christian missionaries have been living in the area since the late 1970s, and have successfully converted some Korowai to Christi

YOU MAY ALSO LIKE  Peruzzi Reacts To Being Called The Greatest Artiste Of All Time, Says He’s Still A Teeny Weeny Rabbit 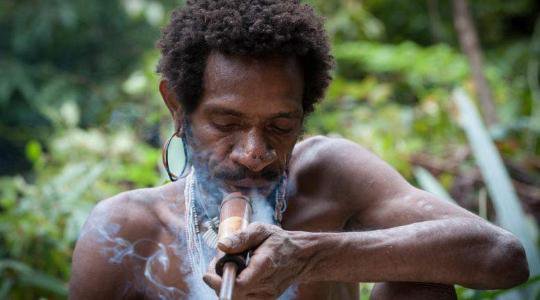 anity, many are reluctant to give up their traditional spiritual views.

Demons are real, and any fatal illness is more likely to be blamed on evil spirits rather than an infectious disease reaching an unvaccinated community.

The Korowai believe in the spirits of their ancestors and believe in reincarnation and have many rituals, magical phrases, and traditions.

The post See This Place In Indonesia Where People Live in 140-foot high tree houses!!! See Why!! appeared first on illuminaija.