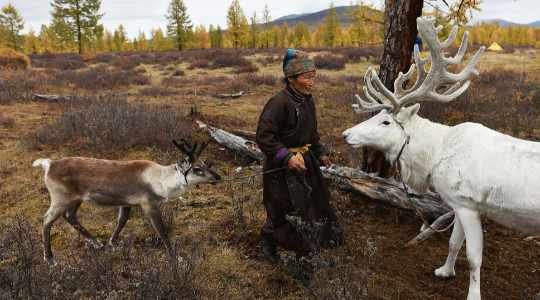 The Dukha live around their reindeer which is actually domesticated, making them the most unique. They are treated like family members and treated with respect. They’re still a nomadic people and move to places were grazing their reindeer is best. 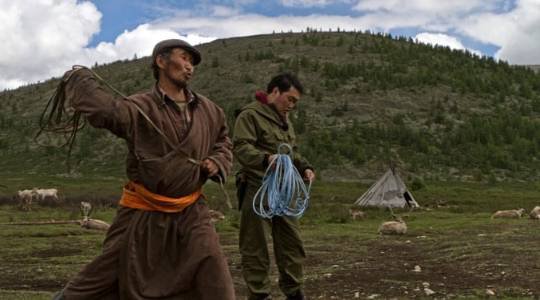 The reindeer are milked and the Dukha make cheese and yogurt. They live in yurts and the family will lay on skins on the ground to sleep, not on beds. Originally from across the border in what is now Tuva Republic of Russia, the Dukha is one of the last groups of nomadic reindeer herders in the world. 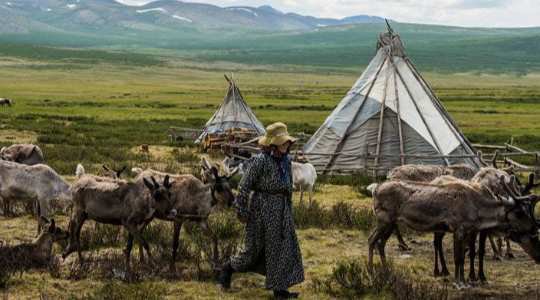 As the reindeer populations shrink, only about 40 families continue the tradition in the year 1998. Dukhas live differently from most other people in the world. The Dukha’s sense of community is structured around the reindeer.

The reindeer and the Dukha are dependent on one another. Some Dukha says that if the reindeer disappear, so too will their culture. The reindeer are domesticated and belong to the household. In many ways, they are treated like family members and shown respect. 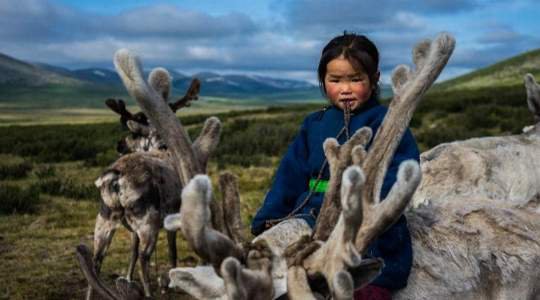 The community’s chores and activities are centered around the care and feeding of their reindeer. Dukha communities on the taiga are usually a group of tents of two to seven households that move camp to find optimum grazing for the reindeer.

Herding tasks are shared amongst the camp with children at a young age learning to care for the reindeer and keeping them safe. The girls and younger women do the milking and make yogurt, cheese, and milk tea. 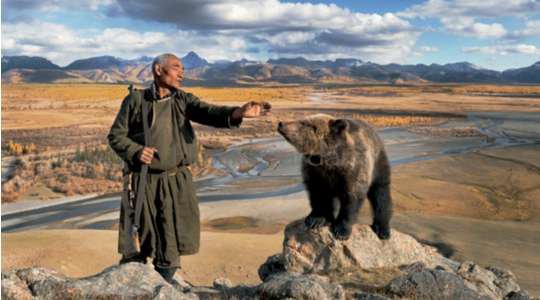 Young men and women and elders help with herding. A few of the men stay with the reindeer in the winter months, living in the open air with their herds to protect them from wolves and other predators. The men also make and repair their hunting tools and reindeer saddles and carts.

Since they rarely kill a reindeer, they supplement their diet of reindeer milk products by hunting wild animals from the forest. The Dukha live in “urts” — yurts made primarily of birch bark that resembled the tepees of Native-Americans in appearance. 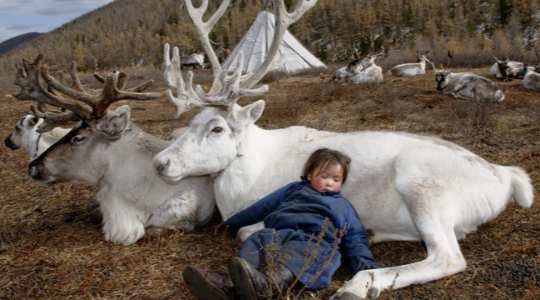 A large yurt may take the bark from up to 32 trees to make; a medium-sized yurt is made from the bark of 23-25 trees. Dukha dress is characterized by hats like those of the Khalkh people, and wide deels (traditional Mongolian overcoats).

YOU MAY ALSO LIKE  Champions League Hat-trick!! Mbappé vs Raheem – Who Did It Better?

They wear strong, warm boots fashioned from the hides and sinew of their reindeer. These boots are known for their quality of workmanship and are very expensive to purchase.

According to a 2004 National Geographic report, the Dukha believe that their ancestors’ ghosts live on in the forest as animals that give guidance to the living, Dukha people practice Shamanism, a religion based on nature worship.

The post See This Tribe From Russia Who Believes That Their Ancestors’ Ghosts Live In The Forest As Animals And Guides The Living!! appeared first on illuminaija.