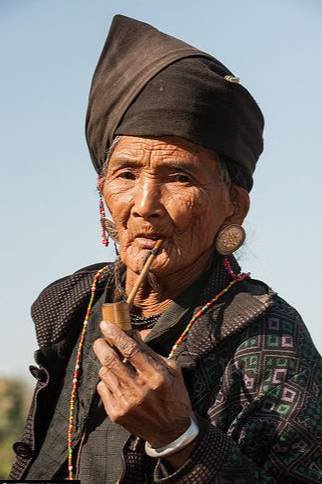 Akhu Tribe is commonly known as the bamboo pipe people, they live on the hills around the city of Keng Tung in the Shan State of Myanmar.

The Shan State is in eastern Myanmar bordered by China to the north, Laos to the east, and Thailand to the south. It is an area that is familiar with the production of opium and civil war.

Akhu evolved in small communities in an isolated valley for generations and they have developed a language that is mutually unintelligible with those of other minorities, and traditional dress and costumes that set them apart from other tribes. 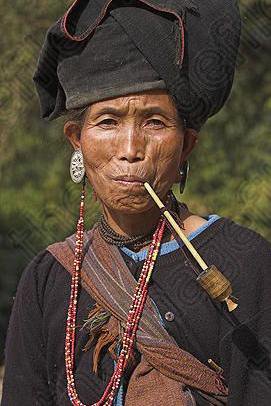 The traditional form of subsistence for the Akha people has been, and remains, agriculture. The Akha grow a variety of crops, including soybeans and vegetables. 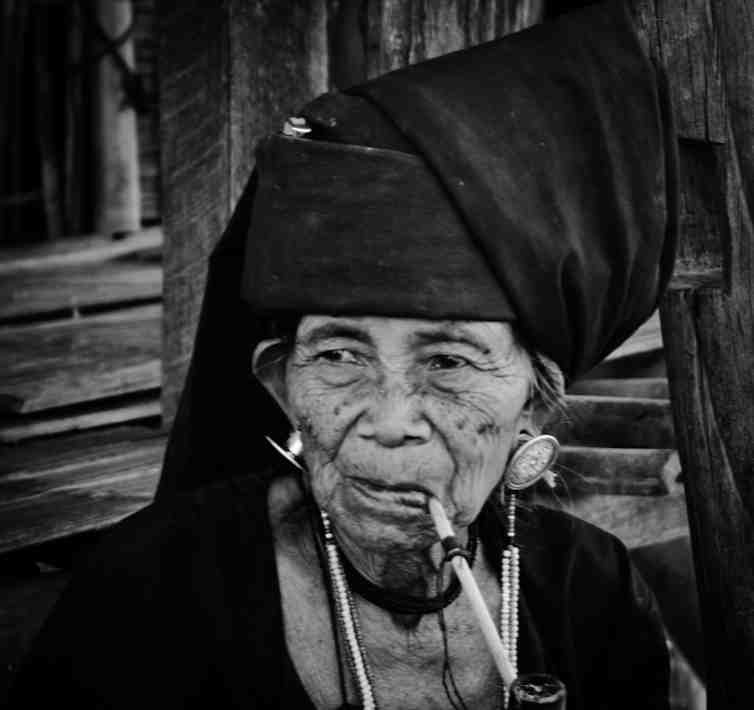 Rice is the most significant crop and is prominent in much of Akha culture and ritual. Most Akha plant dry-land rice, which depends solely on rainfall for moisture, but in some villages irrigation has been built to water paddy fields. Historically, some Akha villages cultivated opium, but production diminished after the Thai government banned its cultivation.

The Akha have traditionally employed slash and burn agriculture, in which new fields are cleared by burning or cutting down forests and woodlands. In such a system, there is usually no market for land.

Rights to land are considered traditional and established over many generations. This type of agriculture has contributed to the Akha’s semi-nomadic status as villages move to clear new farmland with each successive burn cycle. 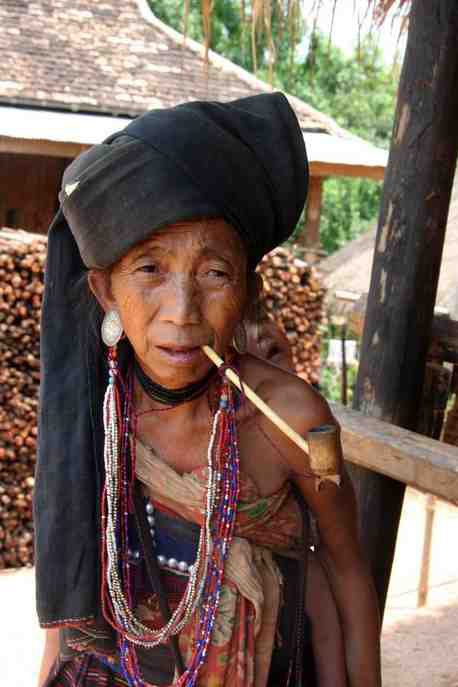 The Thai government has forbidden this practice, citing its detrimental effects on the environment. The Akha have adapted to new types of subsistence farming, but the quality of their land has suffered as they are no longer allowed to expand into new plots. 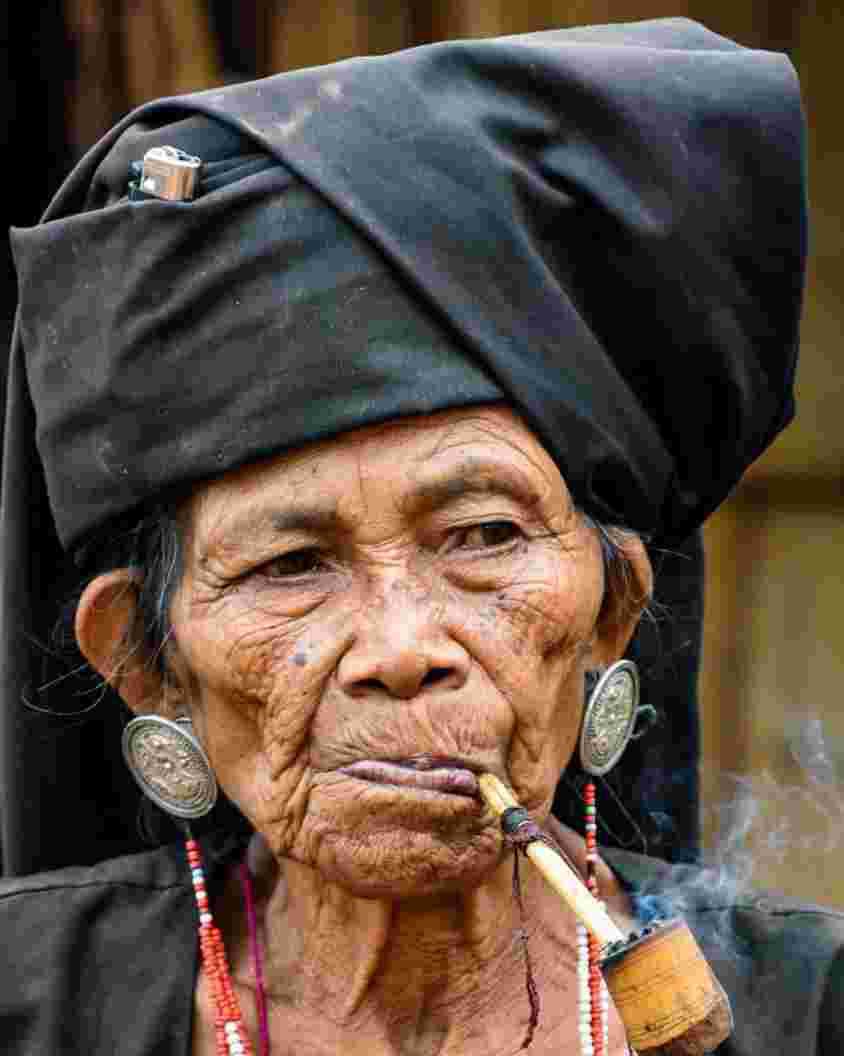 In many cases, chemical fertilizers are the only option for re-fertilizing the land. In addition to their agricultural work, the Akha raise livestock including pigs, chickens, ducks, goats, cattle, and water buffalo to supplement their diets and to use for their secondary products. Children usually herd animals.

Akha women gather plants from the surrounding forests as well as eggs and insects the Akha will occasionally eat or use for medicinal purposes. The women and the men will often fish in the local lakes and streams. 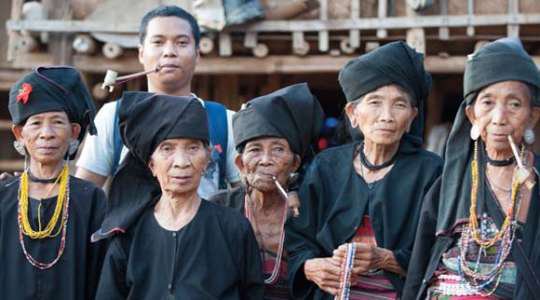 Some villages construct bee gums with the hope that a colony will nest there and their honey subsequently harvested. The people are Baptist, with missionary proselytizing clearly influencing their culture.

Houses remain very traditional, the same as clothing. Women wear cotton jackets that died black using indigo and lacking any frills, while head-gear consists of black turban-style scarves. What their dress lacks in color their jewelry makes up for.

The post See This Tribe Where The Women Are Known For Their Long Bamboo Pipe Which Thy Like To Smoke, Even When Guests Are Present!! appeared first on illuminaija.