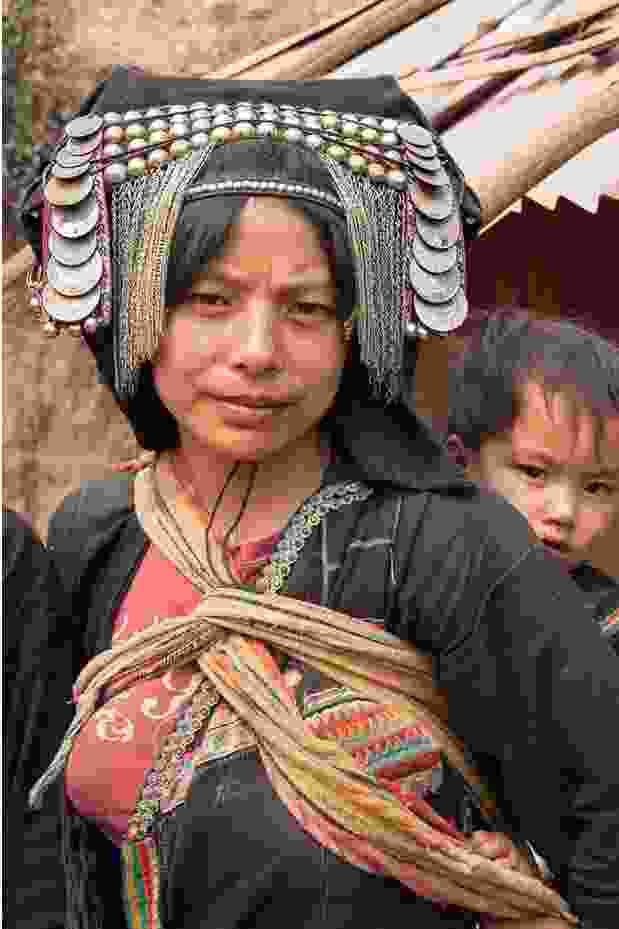 The Akha are a minority ethnic group living in the remote, high mountain regions of Laos, China, Thailand, and Myanmar. Easily recognizable by their decorated headdress full of silver baubles and coins, the Akha in Laos are only found in the far northern Luang Nam Tha province.

Incredibly, Akha women never remove their headdresses. They actually sleep with it on, covered with a simple cloth to protect it. Due to rapid social and economic changes in the regions the Akha inhabit, particularly the introduction of Western modes of capitalism, attempts to continue many of the traditional aspects of Akha life are increasingly difficult. 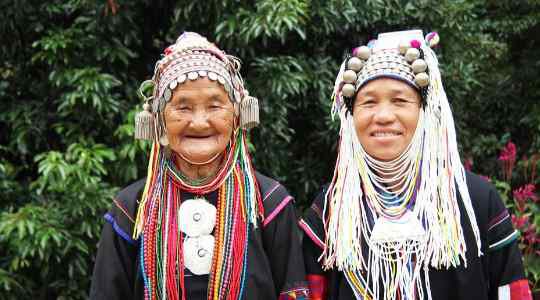 Despite these challenges, Akha people practice many elements of their traditional culture with much success. Akha society lacks a strict system of social class and is considered egalitarian. Respect is typically accorded with age and experience. 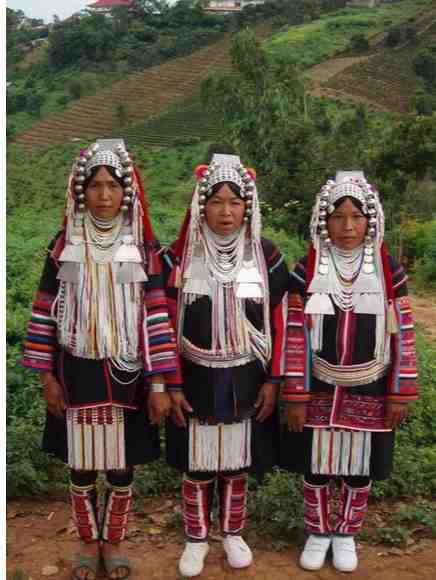 Ties of patrilineal kinship and marriage alliance bind the Akha within and between communities. Village structures may vary widely from the strictly traditional to Westernized, depending on their proximity to modern towns.

Like many of the hill tribes, the Akha build their villages at higher elevations in the mountains. The traditional form of subsistence for the Akha people has been, and remains, agriculture. The Akha grow a variety of crops including soybeans and vegetables.
Rice is the most significant crop and is prominent in much of Akha culture and ritual. Most Akha plant dry-land rice, which depends solely on rainfall for moisture, but in some villages irrigation has been built to water paddy fields. Historically, some Akha villages cultivated opium, but production diminished after the Thai government banned its cultivation.

The Akha people are often noted for their very recognizable sartorial practices. Akha women spin cotton into a thread with a hand spindle and weave it on a foot-treadle loom. The cloth is hand-dyed with indigo. 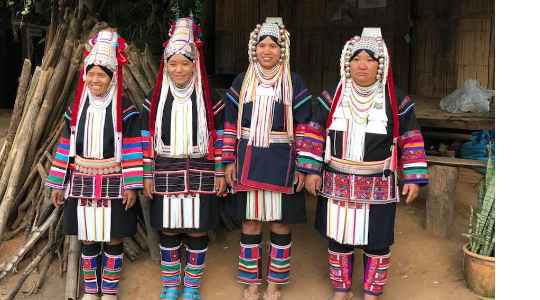 While traditional clothes are typically worn for special ceremonies, one is more likely to see Akha villagers in full traditional garb in areas that have heavy volumes of tourists, particularly in Thailand. 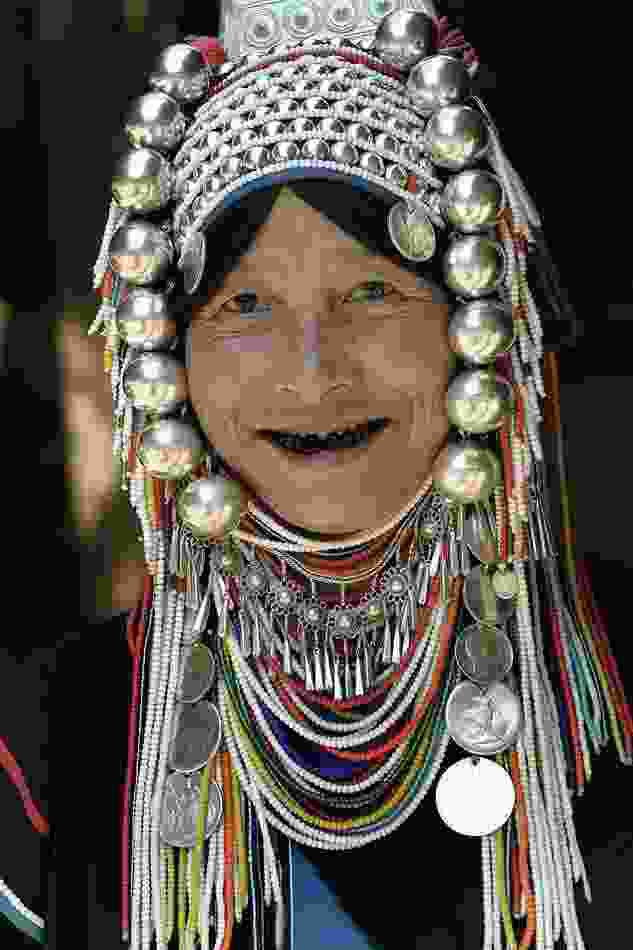 Ulo Akha headdress consists of a bamboo cone, covered in beads, silver studs, and seeds, edged in coins (silver rupees for the rich, baht for the poor) topped by several dangling chicken feather tassels and maybe a woolen pom-pom.

The Pamee Akha wears a trapezoidal colt cap covered in silver studs with coins on the beaded side flaps and long chains of linked silver rings hanging down each side.

The Lomi Akha wears a round cap covered in silver studs and framed by silver balls, coins, and pendants and the married women attach a trapezoidal inscribed plate at the back.

The post See This Tribe Where Their Women Never Removes Their Headdresses, They Even Sleep With It On!! appeared first on illuminaija.