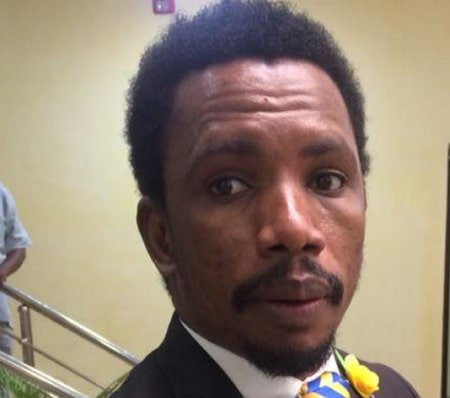 The emergence of a video that captured Abbo savagely assaulting a woman, Warmate Osimibibra, in Abuja led to widespread outrage in July 2019.

In reaction to the incident, Kama made a raft of posts on his Facebook account highly critical of the 41-year-old lawmaker.

In one of the posts, he expressed displeasure with Abbo being compared with Tafawa Balewa, Nigeria’s first Prime Minister.

While trying to differentiate between the two, Kama implied that Abbo was a drunk, drug addict that molests women. He also called him gay, bisexual, and an idiot, all things he said Balewa was not. He also accused the lawmaker of deliberately transmitting HIV to women.

“Therefore, comparing Tafawa Balewa with a sex toy Senator Cliff is an insult to the late prime minister.”

YOU MAY ALSO LIKE  One Dead, Five Injured As Truck Runs Into Building In Ogun 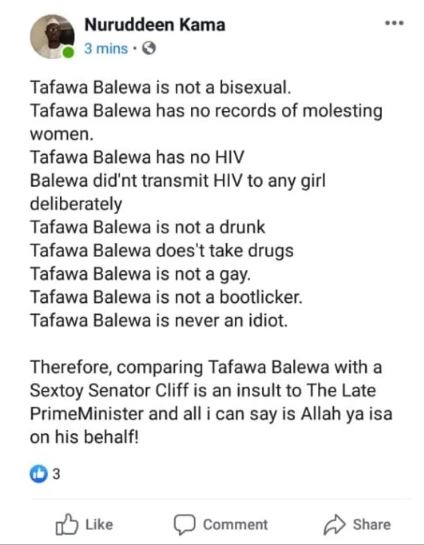 Kama was arrested by security operatives last week and charged to court over alleged defamation of character on Monday, August 19, 2019. 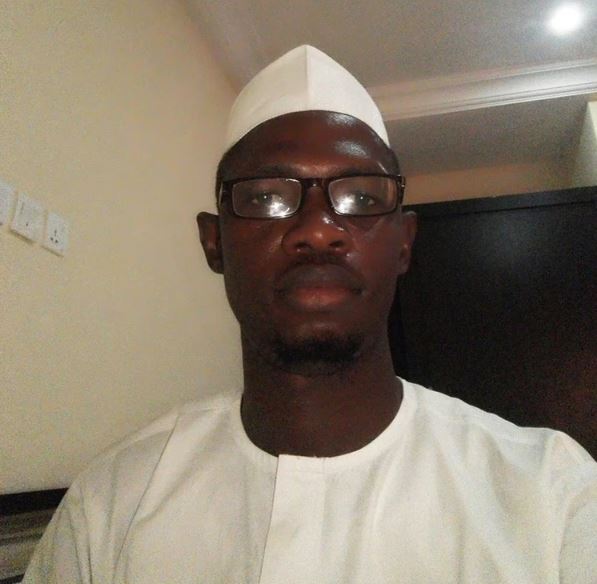 Senator Abbo had filed a formal complaint against him, according to a report by The Nation.

Abbo accused Kama of using derogatory words to tarnish his image before members of the public.

Magistrate Dimas of Yola Magistrates’ Court 4 granted the defendant bail in the sum of N500,000 after he pleaded ‘not guilty’ to the charges against him.

He was directed to produce two sureties – a blood relative and a traditional ruler in his community.

The defendant was also directed to sign an undertaking not to tamper with ongoing investigations into the matter.

While the post appears to have been deleted, Kama’s Facebook timeline is filled with several other posts that were critical of Abbo.

In an August 13 post, he accused the senator “and his bisexual friends” of trying to blackmail him and repeated the allegation that he deliberately infects others with HIV. 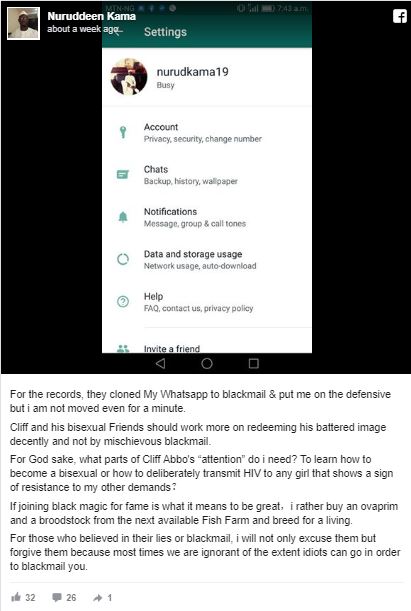 For the records, they cloned My Whatsapp to blackmail & put me on the defensive but i am not moved even for a minute.

Cliff and his bisexual Friends should work more on redeeming his battered image decently and not by mischievous blackmail.

“For God sake, what parts of Cliff Abbo’s ‘attention’ do I need? To learn how to become a bisexual or how to deliberately transmit HIV to any girl that shows a sign of resistance to my other demands?”

“If joining black magic for fame is what it means to be great，I rather buy an ovaprim and a broodstock from the next available Fish Farm and breed for a living.”