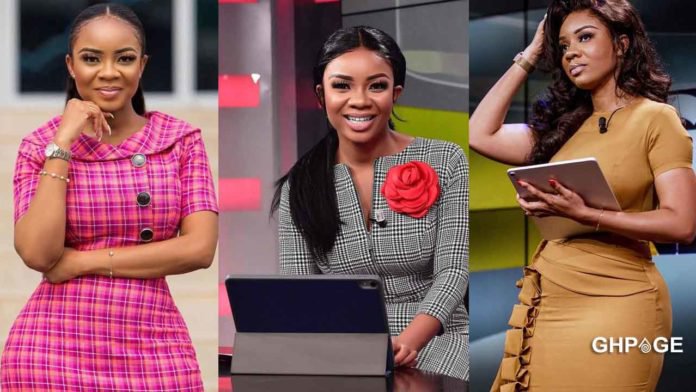 GhOne TV’s presenter, Serwaa Amihere seems to like the buzz she creates on social media, predominately on Twitter.

The EIB NETWORK star journalist has once again presented a Tweet that has many reacting to.

In her latest tweet, Serwaa Amihere according the account of her female friend who is married says marriage is a scam and it ends so fast that in a way it’s becoming unnecessary to get married.

Sharing what her married friend told her, she wrote; “My Childhood friend who is married says marriage is a scam and thinks in 10 years, more than 50% of marriages will end. Do you think the same?”

According Serwaa Amihere, her friend is of the view that in the next 10 years, more than 50% of marriages will collapse due to some reason.

YOU MAY ALSO LIKE  Y’all Would Have To Kill Me, Nothing Would Stop Me From Coming To South Africa – Burna Boy

Her post garnered massive conversation on Twitter as the majority of her followers on twitter were in total disagreement with her that marriage is a scam, a claim by her(Serwaa’s) married friend.

See some of the reactions from tweeps as Serwaa Amihere shared her friend’s story; 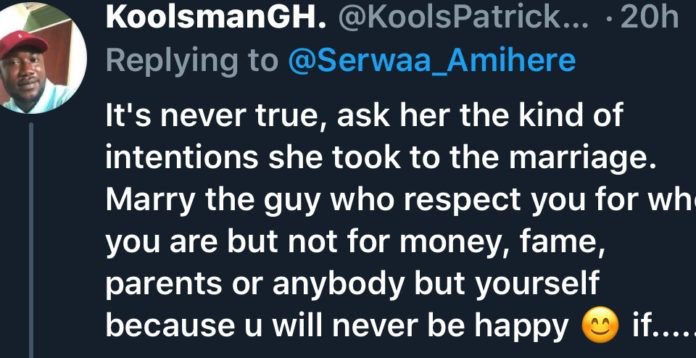 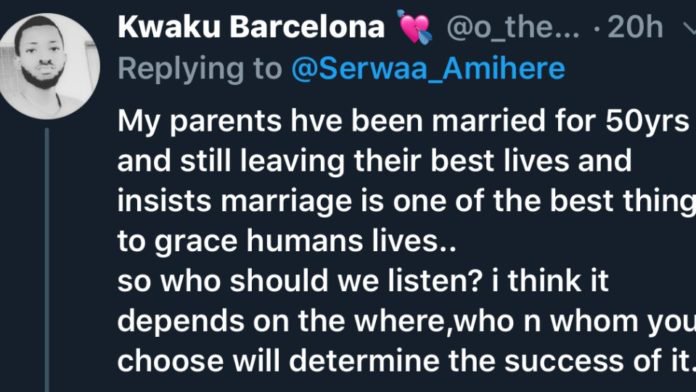