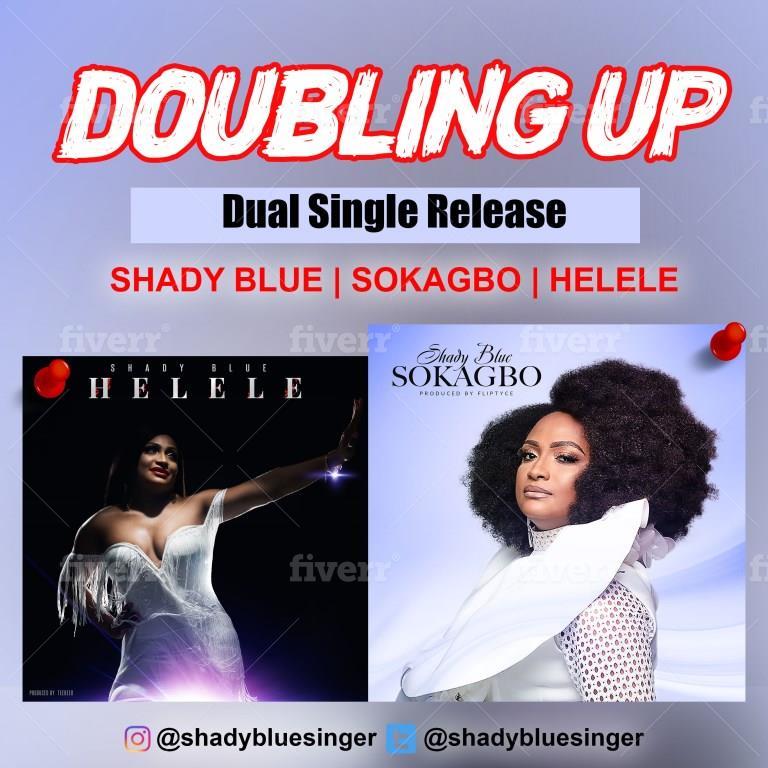 Afrocentric and smooth Afro-Soul singer, songwriter, and entrepreneur, Shady Blue has doubled up with a DOUBLE-A-Side Dual Singles.

Shady Blue with the birth name, Miss Folashade Aboderin while on Covid-19 lockdown has unleashed two blazing songs, “Sokagbo” and “Helele“, produced by Flyptice and TeeBeeO respectively to the delight of her fans and music lovers across the world.

The two new songs were taken from her forthcoming studio album, ‘My Way’ due for release in the last quarter of the year 2020.

According to the veteran singer, Shady Blue, it was hard to decide what single to go with from the pool of available songs, so she decided to make it a double delight “I think it was quite hard to pinpoint what song to go with, and such that will represent my upcoming album, so I thought I’d pick two that were kind of opposing ends and release them at the same time” she concluded.

Both songs are available on all digital music platforms worldwide.

Listen and Enjoy to each below

YOU MAY ALSO LIKE  Bayelsa/Kogi Decides: No Democracy In Nigeria – Moghalu