Readers and followers would remember that Shatta Wale some few days ago had a social media banter with the unofficial spokesperson of Bhim Nation President Stonebwoy, Ayisha Modi.

During their fight, Ayisha Modi stated clearly that Shatta Wale has been bonking the people he claims to be friends and family with.

Shatta Wale has responded to the claims and stated that the allegation by Ayisha is false.

He posted: “Our relationship is a genuine friendship without fucking” 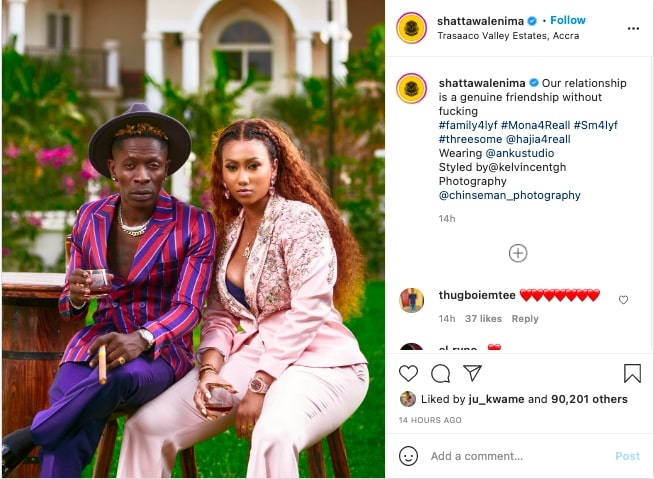