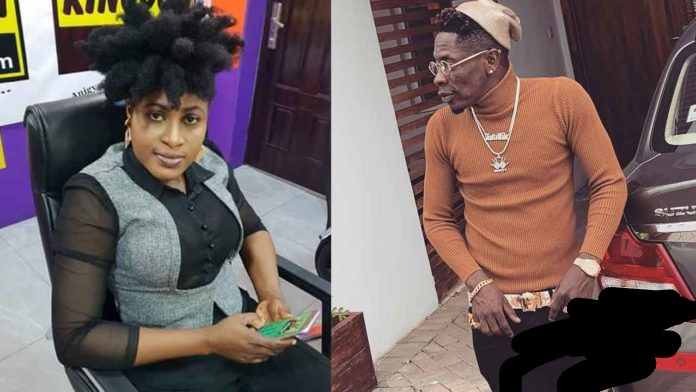 Gospel Musician Patience Nyarko in an appearance on TV Africa has disclosed her intent to feature acclaimed Dancehall King Shatta Wale on her song.

Speaking to host Larrybozzlz, the ‘Obi Nyame Me’ hitmaker opined that Shatta Wale has been her target, therefore, she wouldn’t waste time to record a song with him.

Her statements come after the host asked: “Which secular Musician will she like to collaborate with on a song ?”

Detailing why she has the massive love for Wale, Patience Nyarko said the Shatta Movement Boss controls the masses with his songs.

Further on, Patience Nyarko said she is ever ready to tap into Shatta Wale’s greatness and the secret remedy he uses to pull that massive crowd wherever he goes.

Patience Nyarko however, indicated that she would want to challenge Shatta Wale on his style of writing songs.

” I’ll do a collaboration with Shatta Wale for one thing…he has a great depth of wisdom. I’ll want to challenge him on how he writes his songs….”

The post Shatta Wale is my target, I don’t mind working with him on a song– Patience Nyarko appeared first on illuminaija.