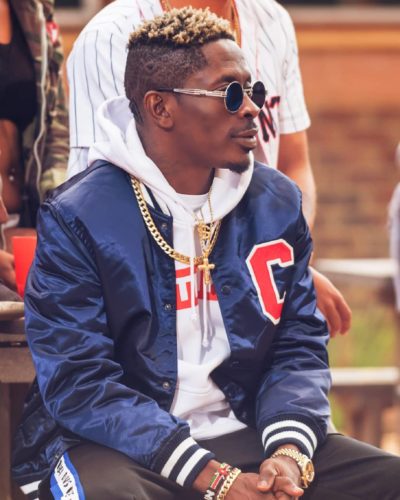 African Dancehall King, Shatta Wale has just released his first music project this year and the song is pulling the art it deserves on social media site twitter.

Shatta Wale accompanied the track with a stunning video which takes a turn from the normal Shatta that has graced our screens.

Twitter has been lit with memes and tweets on the music video and song with Former British High Commissioner to Ghana, Jon Benjamin, joining the wagon.

Check out some of the tweets.

Shatta Wale is on his way to the Grammys #AkweleTake https://t.co/UNSXy02Duw