Shatta Wale picked up the Artiste of the year award at the Africa Choice Award 2020 to add to his already long list of international awards.

The Award show was held virtually on Saturday, September 19, 2020, with the self-acclaimed Dancehall King picking up the loftiest award on the night.

The Africa Choice Awards has been held in Nigeria since its inception in 2019 and this year’s edition is the second of such.

The award scheme is an entertainment and lifestyle award that honors exceptional players in music, fashion, movie, and art industries across Africa.

Shatta Wale won the Artiste of the year award over Nigerian superstars, Davido and Burna Boy as well as South Africa’s Sho Madjozi and Democratic Republic of Congo’s Innoss’B. 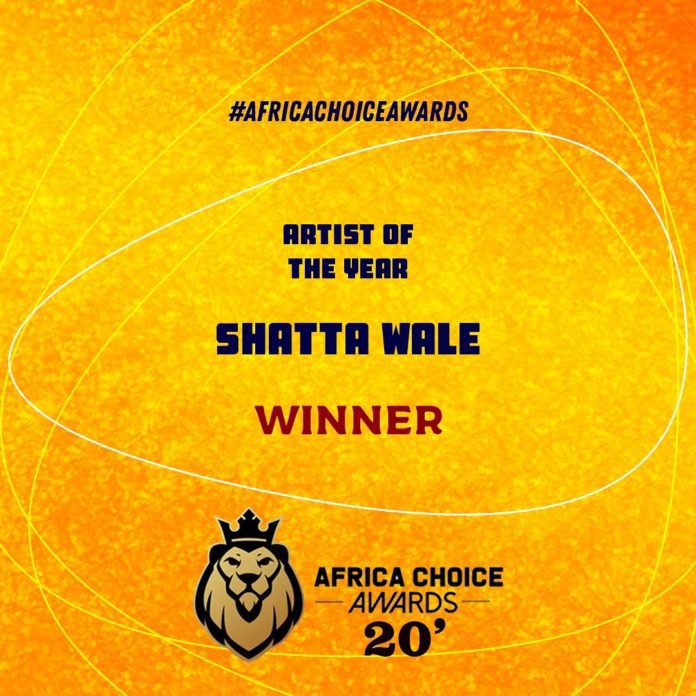 The My Level wordsmith has been congratulated by fans on Twitter after his big win. Below are some of the reactions: 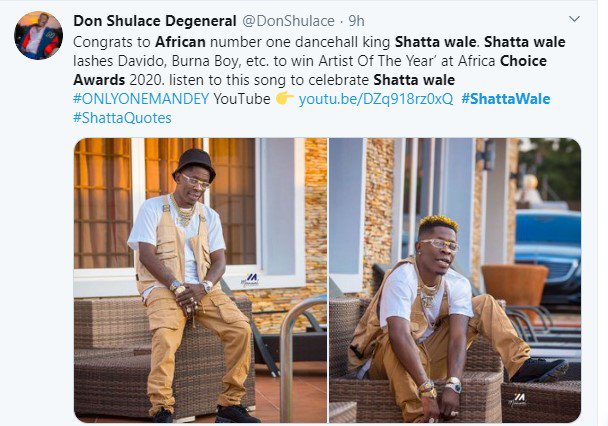 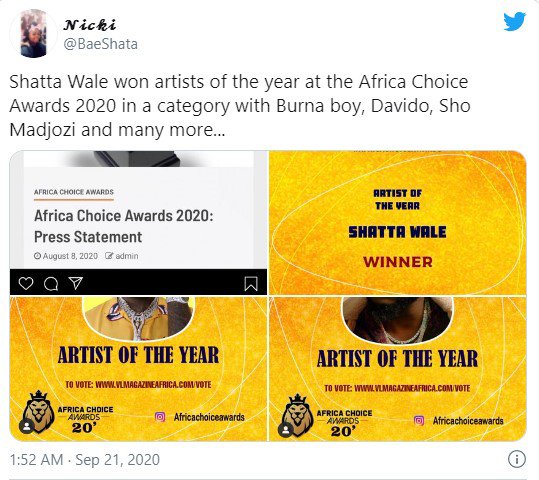 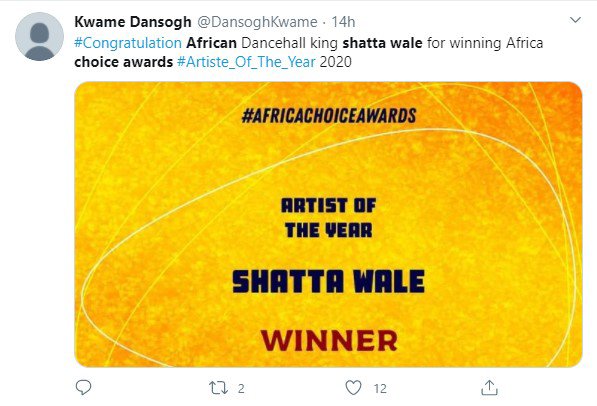 His win adds to his already illustrious award cabinet and that he won it in a category so keenly contested shows his continental influence.

Meanwhile, Shatta Wale beat rival Stonebwoy in a faceoff at the Asaase FM Clash dubbed #Clash2CrashCorona to stake a claim on his Dancehall King crown.

In a recent video, the SM Boss was spotted showing his balling skills on the basketball court with his crew.