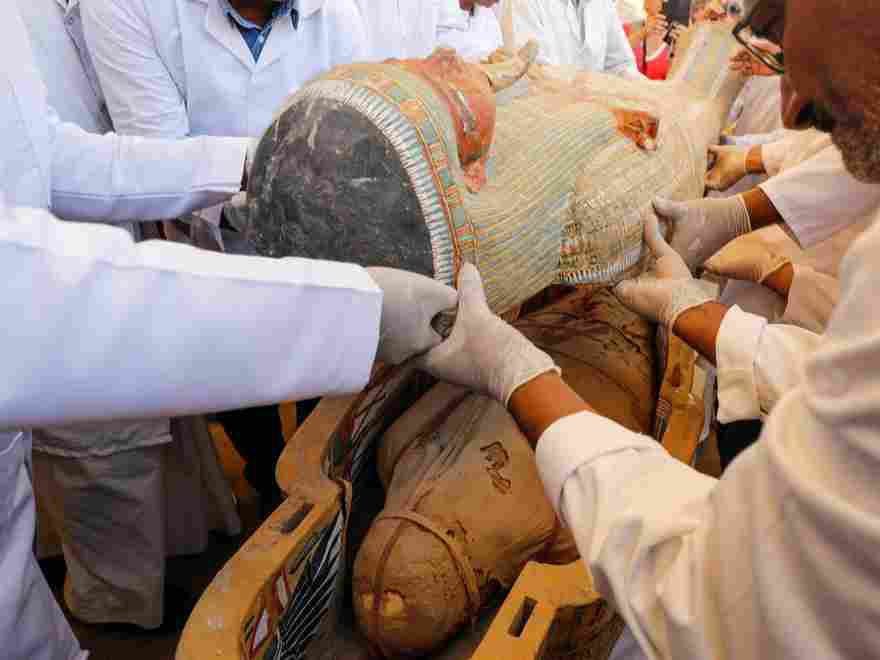 Egypt remains one of the birthplaces of some of the world’s greatest civilizations. From the pyramids to their agricultural methods and even to their writing system known as hieroglyphics, the Egyptians were major players in shaping the world today.

It is therefore of little wonder that when it came to burying their dead, the Egyptians knew the perfect technology to ensure that the bodies (known as mummies) and graves 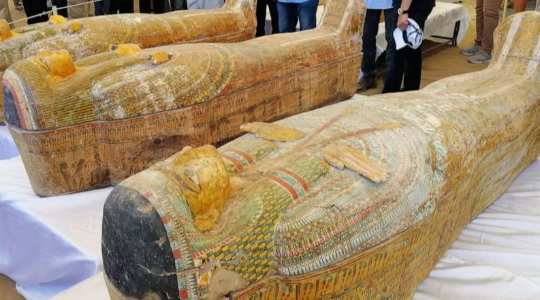 of their ancestors remain intact for centuries.

A typical case for this was made on Sunday, September 6. Egypt said that it discovered a collection of more than 13 sealed coffins which all date back to 2,500 years ago.

A statement by the country’s ministry of tourism and antiquities said the coffins were found at a site in Saqqara necropolis in Giza, How Africa reports.

It added that they were taken out from inside an 11-meter-deep shaft. Khaled al-Anany, the minister, was at the site as he examined the excavation work.

“The discovery marks the larges 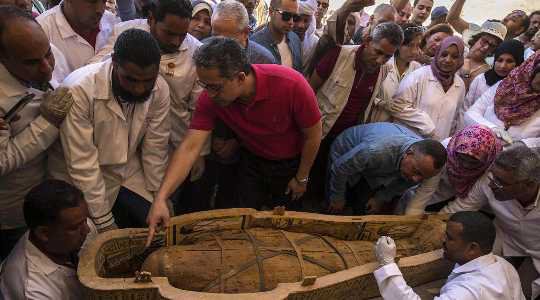 t number of coffins found in one burial place since the discovery of the Asasif Cachette,” he said. It should be noted that the mentioned Asasif was discovered in October 2019 at a cemetery in Upper Egypt’s Luxor Province.

Mostafa Waziri, the secretary-general of the Supreme Court of Antiquities, said that the new discoveries had inscriptions on them and they were in good condition despite how old they are.

He added that the exact number of coffins are yet unknown. He, however, said that such information will be clear in the coming days. Studies by the ministry said that the coffins have not been opened since they were buried in the shaft.

The post SHOCKER!! Freshly Dug Up Coffins In Egypt Of Over 2,000 Years Old Are Still In Good Condition appeared first on illuminaija.