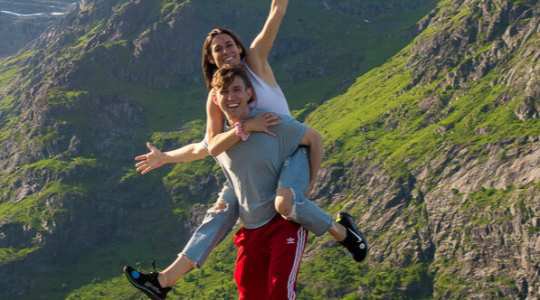 All around the world, there are towns and places that carry very unique and sometimes shocking names. Places such as ‘Nothing’ in Arizona, US is one of these unique town names.

However, the more shocking ones can be found in France where there are towns with the names ‘Pus$y’, ‘Condom’ and ‘Anus’. However, this article takes a twist as it explores places around the world whose names are single letters in the English alphabets. Here they are.

Perhaps one of the most scenic places in Norway, and probably the world, the Lofoten islands are flocked by mountains and picturesque fishing villages.

These islands also enjoy 24 hours of sunlight during certain times of the year. In the southern tip of this archipelago lies the little fishing village of Å, population 150.

Pronounced “aw,” Å is the last letter of the Norwegian alphabet. The village, however, gets its name from an Old Norse word meaning “small river,” and several others share the name.

The town is reminiscent of a preserved village. With a shoreline dotted with red fishing huts, you can even find a few hundred thousands of cod hung out to dry. This little village with its little name is picture-perfect.

Nestled in the Seward County of Nebraska, Bee is a small farming village with a population of roughly 200 people. There isn’t much to Bee, but they have enough to fulfil their daily needs.

There’s a post office and a bar, which is famous for its fried fish. The proud little community is also home to a Catholic church and a historic ballroom. Travel to Bee to experience the all-American, small town way of life.

Tumbling down the Highlands of Scotland, E is a river that flows into the south-east of Loch Ness. The E river originates in north-west Monadh Liath and travels about 10kms in the same direction. With one of the shortest names in the world, the river also has a small hydroelectric scheme.

While Ø in Danish means ‘island’, the Ø we’re referring to is far from one. Set in the Nørreå valley in the eastern half of Jutland, Denmark, the landlocked Ø seems like an island. The piece of land is surrounded on all sides by meadows and, of course, known for its short name.

The main island of Pohnpei has six municipalities, and U is one of them. A 2010 census showed U to have a population of about 3,200 people, and the state of Pohnpei about 36,000.

Y, pronounced “ee,” is a commune in northern France. About 50kms Amiens, Y is set in the Somme department in Hauts-de-France. The people of Y have named themselves after the Greek letter Upsilon, which looks like the English letter Y. It has about 96 inhabitants.

The post SHOCKER! See Places Around The World Named After Single Letters Of The Alphabet Such As A, E And Y appeared first on illuminaija.