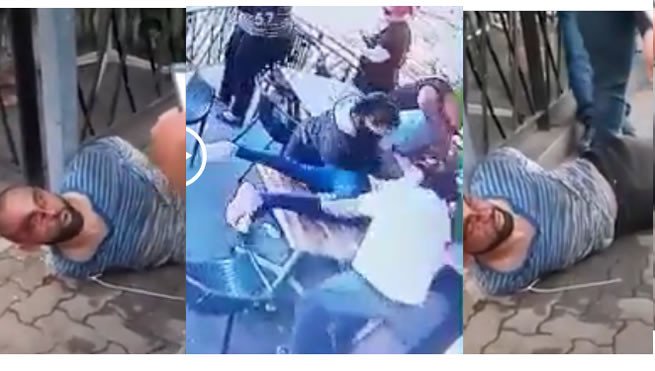 A rather shocking CCTV footage which captured moment a man tried to kidnap a 4-year-old child in a restaurant in Florida, a city in the West of Johannesburg, South Africa has emerged.

The video has gone viral after being shared on social media.

The suspect is seen in the footage trying to grab the child while she was sitting with her mother and another woman. Some members of the public intervened and pinned the man to the ground until the police arrived.

Confessing to the crime before being taken away, the kidnapper claimed he works for a Nigerian-led child trafficking syndicate.

YOU MAY ALSO LIKE  SAD! 5 Persons Allegedly Killed As Benue And Cross River Communities Clash

Here are the videos below;

CCTV footage of moment a man tried kidnapping a 4-year-old child in Florida, West of Johannesburg. . . The suspected kidnapped who spoke after his arrest, said he works for a Nigerian-led child trafficking syndicate

The post Shocking CCTV Footage Of Moment A Man Tried To Kidnap A 4-Year-Old Child In A Restaurant appeared first on illuminaija.