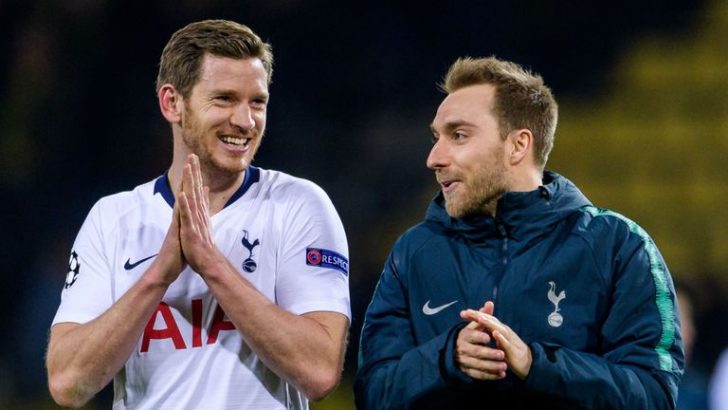 Vertonghen and Eriksen both see their current contracts expire at the end of the season and Eriksen, in particular, had been hoping to leave the club in the summer.

Alderweireld put to bed more than 18 months of speculation over his future by signing a new three-year extension on Friday.

“If I was Jan or Christian, I would stay,” Mourinho told Sky Sports.

“Because they have been here for such a long time, they are living the life of the club in the past four, five years, the transition to White Hart Lane to the best stadium in the world, the perspectives of the future, the vision of the club, if I was them I would say I want to be part of the next thing.”

Speaking ahead of Spurs’ clash with his former club Chelsea, Mourinho told reporters:

“I think a player will sign a contract when the club wants – I am the club, Mr Levy is the club – when the player wants, when the family wants, when the agent wants. If one of these parts doesn’t want it is very difficult to happen, unless the player changes agent and gets one that also wants [it].

“The most important thing is what Toby said. ‘I couldn’t be happier anywhere else’. That is fantastic.”