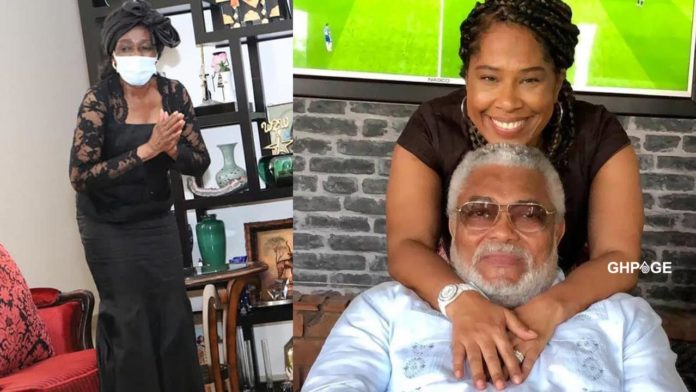 A social media troll who went to her Instagram page to jab her and used Nana Konadu Agyemang Rawlings to rub in her face got an epic response from Jerry’s alleged second wife.

A lady with the user name @a_damoah took to a post of Rawlings praising her and wrote: “Ghanaians love you mom”

From nowhere, another person using the user name @shopping_mallgh replied to the comment and wrote: “Pls pls we love Konadu, that’s the only woman we knew not you”.

She got others agreeing with her. For instance, @ded_elove said: “Yes we only love Mrs. Konadu Rawlings”

Well, Nathalie Yamb replied to the sad and abusive comments from these Netizens on social media who sought to put her down.

YOU MAY ALSO LIKE  MUST READ! Bill Gates Reveals Ways To Fight Coronavirus

Nathalie said she equally loves Nana Konadu and asked them to show their so-called love to Nana Konadu by voting for her on the 7th December elections to be the next president of Ghana.

“Nathalie Yamb wrote: I love her too. I hope you will show your love by voting for her on Dec. 7” 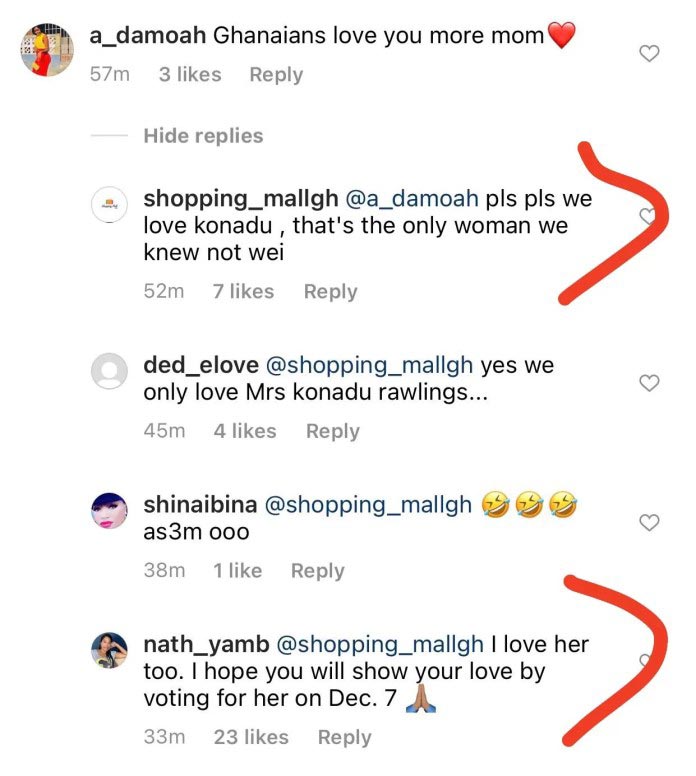 After the death of former president Jerry John Rawlings, Ghanaians found out the former president had another soulmate in his life. She was discovered as Nathalie Yamb, a Cameroonian and Swish activist.

From what we have gathered, Jerry has known her for more than 11 years and he has nothing but good and exciting things to say about her.

The post Since you claim to love Konadu more ; then vote for her on 7th Dec- Nath Yamb jabs troll appeared first on illuminaija.