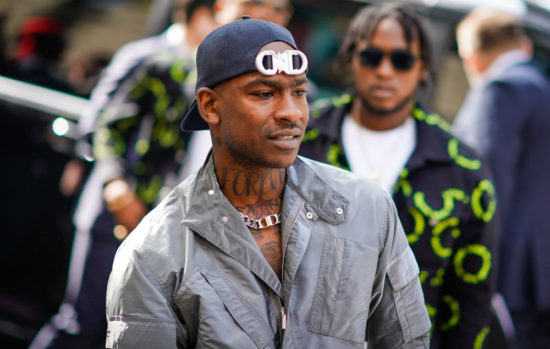 With Boy Better Know, Skepta clashed with fellow MC Devilman for the video release Lord of the Mics 2, in what is remembered as one of the biggest clashes in grime history. Skepta released his debut studio album Greatest Hits in 2007 and his second album, Microphone Champion in 2009, both independently; while his third studio album Doin’ It Again was released in 2011 by AATW. He made his acting debut in the 2015 film Anti-Social. Skepta’s fourth studio album, Konnichiwa (2016), featured the hit singles “That’s Not Me” and “Shutdown”. The album widely acclaimed, winning the Mercury Prize. In 2018, He was featured on fellow rapper and friend ASAP Rocky’s single “Praise the Lord (Da Shine)”, which would soon become both artists’ highest charting single and a global hit. In 2019, Skepta released Ignorance Is Bliss, which charted in fifteen countries. Insomnia (2020), a collaborative album with British rappers Chip and Young Adz, became Skepta’s third album to reach the top 10 of the UK Albums Chart.

Skepta has been nominated for three Brit Awards, including the British Male Solo Artist award. His influence on contemporary British popular culture as a key figure in the grime scene saw him appear on Debrett’s 2017 list of the most influential people in the UK. On 4 April 2018, he was installed as a chief in his Nigerian hometown in Ogun State, receiving the chieftaincy title of the Amuludun of Odo-Aje.

Early life
Joseph Junior Adenuga was born to Nigerian parents on 19 September 1982 in Tottenham, North London. He is one of four children, including fellow musician Jme and radio presenter Julie Adenuga.