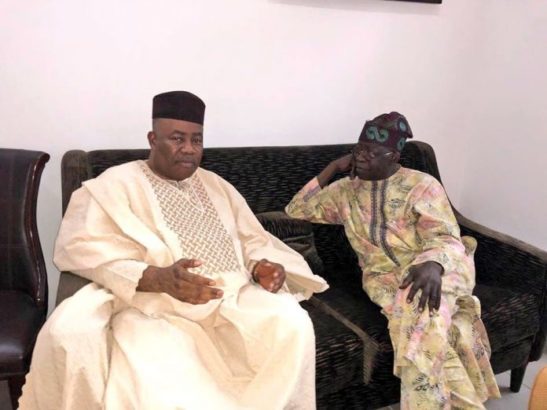 Godswill Akpabio, one of the ministers sworn-in by President Muhammadu Buhari on Wednesday was caught partying and dancing immediately after the inauguration.

Akpabio, a former Governor of Akwa Ibom State, was one of the 43 ministers assigned portfolios yesterday at the Presidential Villa.

He was assigned the ministry of Niger Delta Affairs as the senior minister.

The former lawmaker was seen partying on the streets of Abuja immediately after he took the oath of office.

In one of the videos obtained by NAIJALOADED, the former lawmaker could be seen dancing alongside a popular musician, MC Galaxy.

Senator Akpabio and his political associates partied through the evening of Wednesday.