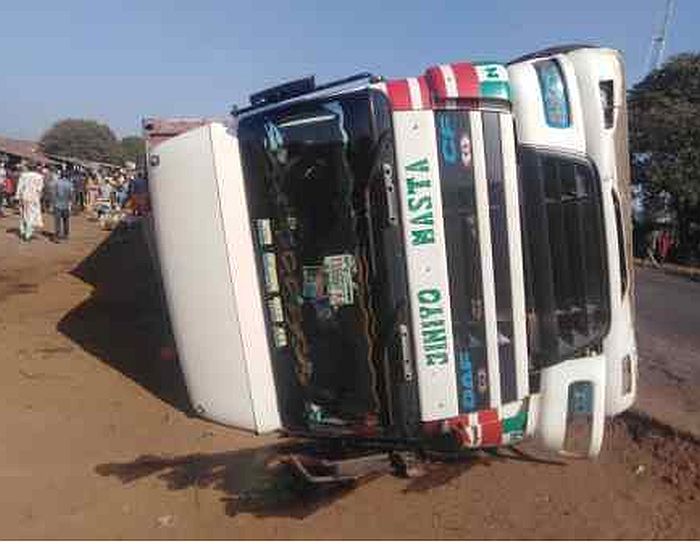 Six persons, including four adults and two children, were reportedly crushed to death on Sunday afternoon, by a truck at Ijebu-Imushin, in Ijebu East Local Government Area of the state.

The Ogun State Traffic Compliance and Enforcement (TRACE) Corps confirmed the incident. According to TRACE Corps Public Relations Officer, Babatunde Akinbiyi, the accident was caused by wrongful overtaking by a tricycle rider.

He added that all the passengers of the ill-fated tricycle lost their lives while their remains have been deposited at a private morgue in the town. An angry mob set the truck ablaze, while its driver was taken to Itamogiri Police Station for investigation.

YOU MAY ALSO LIKE  THIS IS BAD!! 3 Spanish Footballers Jailed For R*ping Minor