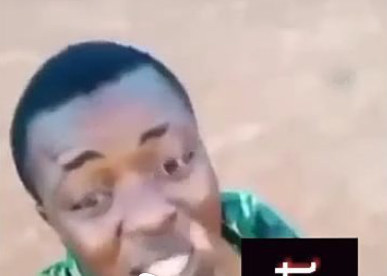 A video making the rounds on social media has shown the moment an angry soldier fired shots at SARS officers.

The visibly angry soldier expressed his bitterness at the constant killing of Yahoo boys by SARS officers in Lagos.

In the video, the soldier was heard condemning the killings while disclosing that some soldiers are also into Yahoo.

He warned SARS officers to stay away from “Yahoo soldiers”, because if they cross their paths, it won’t end well for them.
“The day una go mistakenly kill Yahoo soldier, that day una don buy job”, he warned.