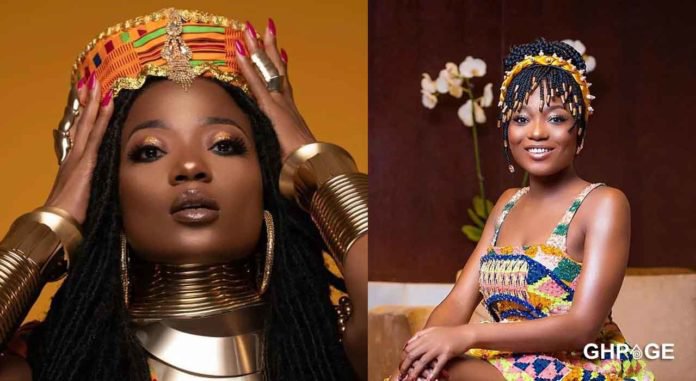 Celebrated Ghanaian singer, Jane Awindor, better known by her stage name Efya, has described a critical period in her life where she was wrongly accused of giving birth to a baby girl.

According to Efya, that was the worst rumor that has been traded about her.

In an exclusive interview with GhanaWeb, Efya stated that although she doesn’t pay attention to rumors, that particular one really caught her attention and hit her hard.

There have been other rumors like she had an affair with close friend and rapper, Sarkodie and she being a drug addict but this really hit the songstress.

“People thought I had a baby at a point. I didn’t even look like I had a baby at that time. Although it’s not a bad thing, I have never had a baby before. I don’t let such things get to me but this was the worst story I’ve heard about myself,” she stated.

In early 2019, there were certain reports that the ‘Queen of Vocals’ had given birth to a baby girl based on a post seen on her Twitter page.

Efya posted cute photos of a baby girl with the caption: “Welcome Darling I love you.”

Afterward, fans reacted to the news with most wondering when she even got pregnant.

The post Some people believe I have a baby-Efya appeared first on illuminaija.