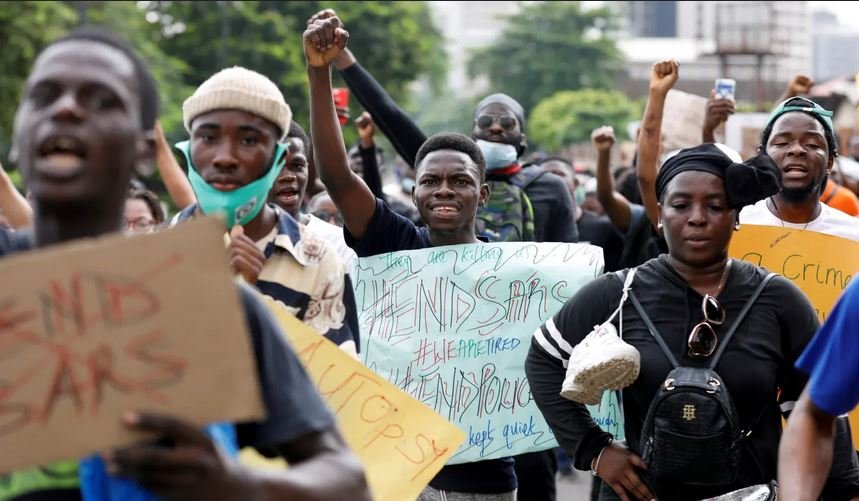 Sowore says some individuals have made billions of naira from the negotiations to put an end to the nationwide protests.

Sowore, who is the Publisher of Sahara Reporters, said this in a tweet on Wednesday while reacting to reports that business leaders and some social media influencers had entered into negotiations.

He tweeted, “I will not be part of any negotiations regarding #ENDSARS, many have entered into these negotiations and come out of the other side becoming billionaires, to them it is a game! The only negotiation I will ever engage in is that of the surrender of our oppressors! #RevolutionNow.”

Activist, Aisha Yesufu, had on Tuesday admitted that some business leaders, including the Governor of the Central Bank of Nigeria, Godwin Emefiele, held a Zoom meeting with some youth influencers, asking them to put an end to the protests.

YOU MAY ALSO LIKE  Beyoncé, Nicki Minaj & Rihanna Condemn Killing Of #EndSARS Protesters In Nigeria

She, however, said she told the CBN governor to ask the President, Major General Muhammadu Buhari (retd.), to meet the demands of the protesters instead.

Reports had it that media entrepreneur, Debola Williams, prevailed on the youth leaders to end the protests, an allegation he denied.

However, on Wednesday, the Convener of the #EndSARS movement, Segun Awosanya aka Segalink, complained that the protests had been hijacked.

Thousands of youths across the country have in the last one week been protesting against the harassment and extrajudicial killings perpetrated mainly by the Special Anti-Robbery Squad of the police.

The police authorities have since disbanded the unit and renamed it Special Weapons and Tactics unit.

However, the protests have continued with many demanding for more reforms.

The post Some People Made Billions From #EndSARS Negotiations – Sowore Blows Hot appeared first on illuminaija.