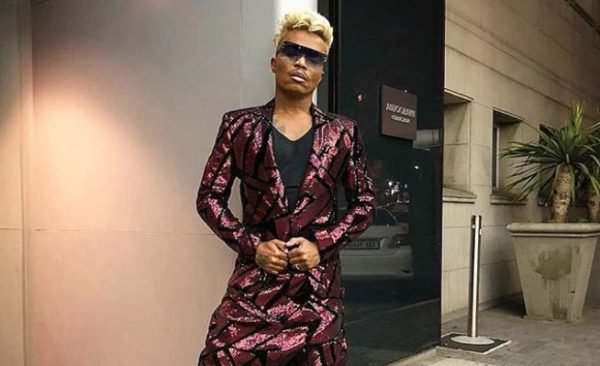 Somizi Mhlongo is in hot soup following the allegation he stole the concept of his show, “Dinner At Somizi’s”.

The show which recently kicks off in July has had many South African celebrities on it.

The show is a cooking show but many beans has been spilled as the guests on his show make sure they talk about things most of their fans don’t know about.

Some of which are the likes of Pearl Thusi, DJ Zinhle, Jub Jub, Lerato Kganyago, Rami Chuene, Rebecca Malo, Zahara among others.

Since the show debuted on the channel at has won the hearts of many but now it has left many a tad disappointed that the concept was apparently stolen, as the allegations have come out.

According to s screenshot of the show’s proposal shared by a Twitter user @Eusebius, the brain behind the show Hastings Moeng, sent an email to Somizi and Themba on July 28 2014, proposing a cooking show Dinner Kwa Somizi.

According to the twitter user, he said: “On 28 July 2014, Hastings Moeng proposed DinnerAtSomizis to Somizi & Themba. The description of the show is materially similar to the one now flighted (to the shock of Mr Moeng). See the 2014 email below and decide for yourself.”

He continued: “On 2 September 2016 Hastings Moeng wrote to Legend (the current producer) with a synposis for #DinnerAtSomizis . You can see the treatment synopsis below. And judge for yourself. Why is IP theft so rife in entertainment? Multichoice is being coy despite being shown this.”
However, Somizi is yet to respond to this allegation but many of his fans are wondering if the allegation is true or not.

YOU MAY ALSO LIKE  Don Flash [Uchenna Uwandu] Newly Elected President, Thanks His Supporters For Voting Him As Maccapoly Foundation Chairperson

Many of his fans had mixed reactions on hearing the news.