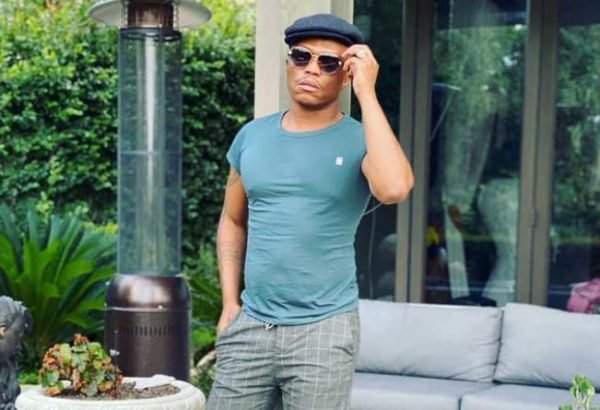 Somizi Mhlongo is the hottest celebrity in town now as he he has decided to join the Mercedes Benz family.

The star has really been working hard over the years just like the other celebrities but it looks like the death of his mother made him more powerful saying: “I lost a mother on earth but I have gained the most powerful ancestor“.

Somizi is one celebrity that loves to enjoy his life to the fullest as he recent went for a vacation with his bestie, Vusi Nova but that is still not stopping him from achieving what he wants.

YOU MAY ALSO LIKE  Armed forces day: Femi Adesina explains why the Pigeons refused to fly after they were released by President Buhari

About two days ago, the media personality announced his collaboration with a successful local footwear brand Bathu Sneakers, where they launched his own sneaker line together #BathuXSomizi.

Many celebrities and his fans have been praising him for supporting local brands and showing the world what real talent is.

The TV star took to Instagram this morning to share that that he has bagged a new business venture with Mercedes Benz Sandton.

YOU MAY ALSO LIKE  Check out Cassper Nyovest A.M.N sessions with Zola: Episode 1

The giant motor brand will be driving Somizi  to his book-signings and sneaker launch tours.

In a post he shared on Twitter, Somizi  expressed how excited he is for this partnership, “Super excited to be part of the  @mercedesbenzsandton family……u know when I said I’ve gained the most powerful ancestor in my mom I guess she was listening…..to God be the glory.”

The post Somizi announces he is now part of the Mercedes Benz family appeared first on illuminaija.