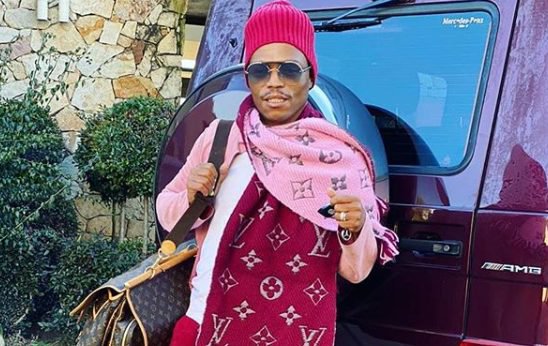 Somizi took to his Instagram to share that he is back to the music scene and will feature the award-winning jazz singer, Judith Sephuma’s upcoming album.

According to him, Judith put him out of his comfort zone like he has never been put before in his career.

“Yesterday this friend of mine Judith Sephuma  put me out my comfort zone like I’ve never been put before in my entire career. She asked me to collaborate with her on a song for her upcoming album,” said Somizi.

“Jesu (Jesus) my stomach was in knots all session. She was so patient and caring throughout and coaching me all the way.”

Somizi said he doesn’t know what Judith saw in him to trust him on her project.

He added: “I don’t know what u see in me for u to trust me on yo project but God bless your heart. Now as I nervously wait for the final product …”

Judith on the other hand shared the news on her social media thanking Somizi.

She said: “Yesterday was so amazing. Somizi  came through. Thank you my friend.”

“I love you for years, for days, and all of it. I am surrounded by greatness. All this is God’s grace and mercy. Tomorrow is another amazing friend of mine.”

YOU MAY ALSO LIKE  Buhari, APC Have No Reason To Fail, Says Oshiomhole

“You are good for it friend, she said.

The post Somizi on collaborating with Judith Sephuma for her upcoming album appeared first on illuminaija.