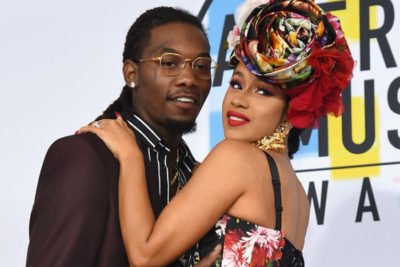 Soon to be divorced American rapper, Cardi B has revealed that men have started sliding into her DMs

The ‘WAP’ rapper recently announced her split from estranged husband Offset revealed that her DMS has been flooded with dating offers from men. According to her, she has gotten multiple offers from various men who want to take her on a date but she isn’t interested in any of them.

She said: “I could date any man I want. My DMs are flooded. I don’t actually want to date nobody. I’m so focused on my business that it’s crazy.” Cardi also opened up about her ongoing divorce and said people “cannot hurt” her feelings by bringing up the split, because she’s the one who ended things.

The post Soon To Be Divorced Cardi B Says Her “DMs Are flooded” With Dating Offers appeared first on tooXclusive.