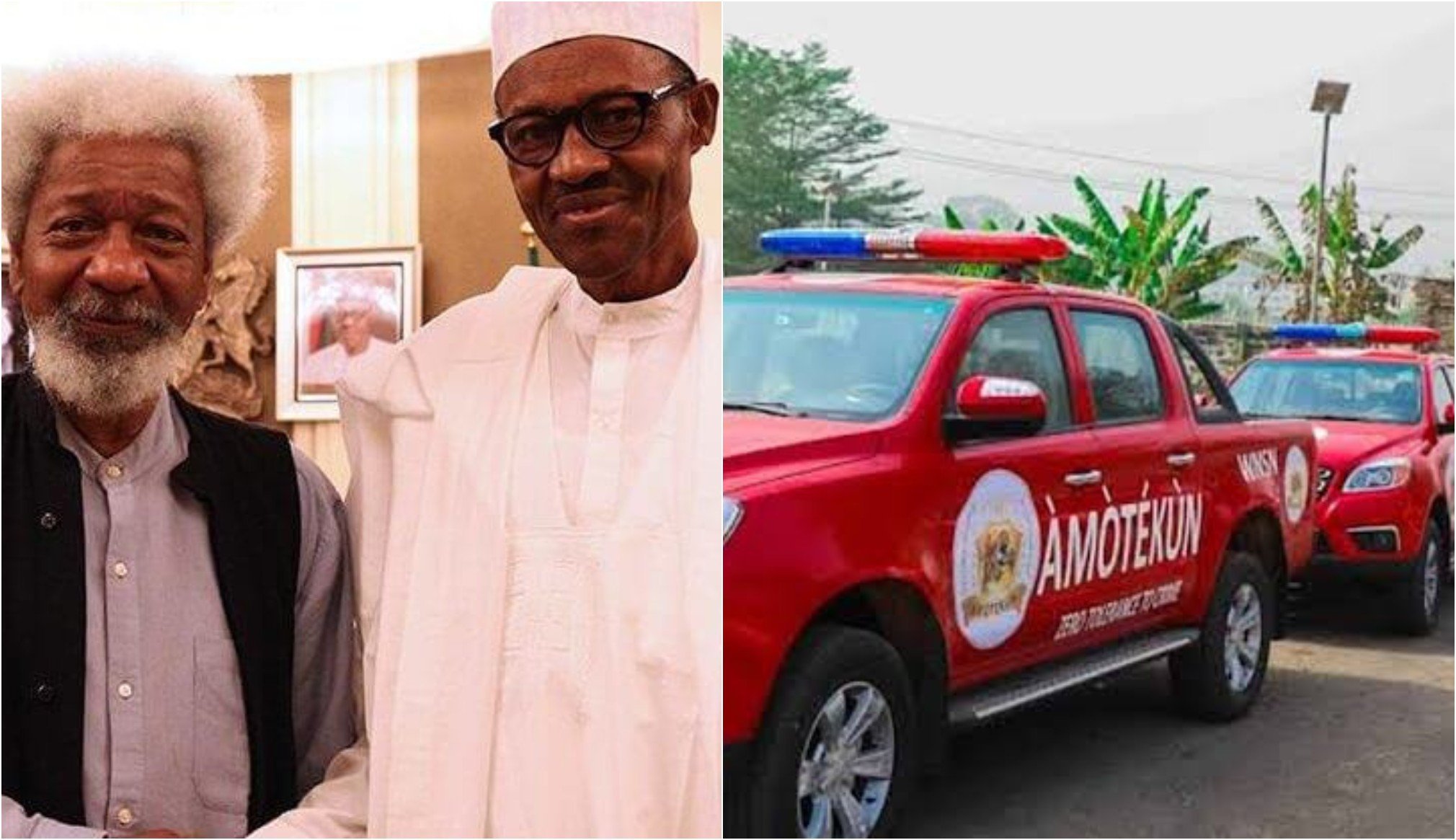 Nobel Laureate, Wole Soyinka has berated the Nigerian government for outlawing Amotekun few days after its launch in the South-West region.

Speaking at a press briefing in Lagos on Wednesday January 15, Soyinka wondered why those who “slept, took belated actions and watched people being decimated” will suddenly wake to declare the initiative as illegal. He further stated that a government that cares for the welfare of its citizens will never object to such initiative.

The Nobel Laureate who insisted that the launch of Amotekun operation was not only necessary but long overdue, added that it is the fundamental right of the people to defend themselves against those who threaten their existence.

“I’ve always believed passionately in self-policing. If it is possible to eliminate any kind of formal policing, I will be forward. But there is a need for an organised security.

“To say that the people do not have a right to defend their lives, secure a livelihood and flush out the evil elements and pick up the slack that existing securities are unable to fulfil is an enemy action and inhumane.

“Some people who have been sleeping all this while, taking belated actions, who watched all the security threats that citizens suffer saying the initiative is illegal and unconstitutional is unacceptable.”

Soyinka also revealed that the legal implication of the South-West security outfit was considered before its launch by governors in the region.

The post Soyinka slams FG for going against Amotekun appeared first on .