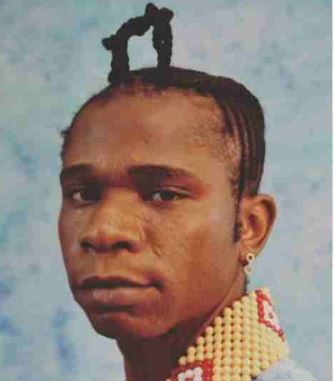 Nigerian comedian Speed Darlington has come out to explain why he had a fight with an Okada man in broad daylight.

Darlington, speaking in a video released after the fight, tried to explain why he was so frustrated to get into a fight like that.

According to him, it had been a bad day. Police had arrested him for possessing weed in his bag and to be freed, he had to pay a bribe of N200,000.

According to Speed the police initially asked for N500,000 and he had to bargain to bring it down to 200k.

He said frustration from that spilt over into his fight with the Okada driver.

He once again said he’s tired with Nigeria and can’t wait to leave the country.

How do you know that this bike man was not setting me up to rob me? who picks up a passenger go halfway then shut the engine off and begin to make phone calls? my whole brain & street instincts told me that I was being set up to be robbed. Plus I had my 2 million jewelry on me so I left him with 500 naira, our agreement was 2000 from Ikeja to lekki but when he begin to do other business on my time my antennas begin to radiate on maximum frequency. + I told myself police extort me 2 hours ago so I wasn’t gonna let him do me like the police did me two hours early

Internet sensation, Speed Darlington went online to narrate his ordeal after a video of him getting into a public fight with an Okada rider went viral. . . The internet sensation said that he put a bandage on his hand after being cut by a ceiling fan at home, then made his way to Computer Village in Ikeja to repair his mobile device which fell from his hand when the fan cut him. . . However, on the way, police officers saw him and searched his bag where they found Indian hemp, to Speed Darlington’s shock. . . He said the police asked for 500,000 Naira in order to free him. He negotiated and they agreed on 200,000. . . Speed Darlington said he was upset by the bad day he had and the unnecessary expenses he was forced to make as a result. He said he’s fed up with this country and can’t wait to leave Nigeria.

The post Speed Darlington Breaks Silence On Fight With Okada Rider In Lagos appeared first on .