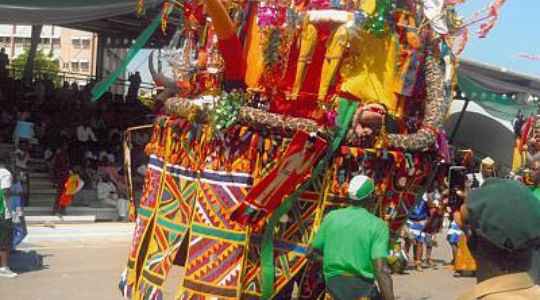 Prior to the spread of Islamic and Christian influences, most societies in Africa had a complex structure of spirits and ancestors in their culture. Some of these masquerades are instrumental to the myths of creation in Nigerian cultures.

They act as a major stabiliser of the people’s destiny. As far as the people are concerned, they are ancestral spirits who periodically visit the land of the living in masquerade forms.

Their visits are regarded as spiritual interventions to the world of the living and as a result are highly respected. They are a symbolic resurrection of the ancestors. 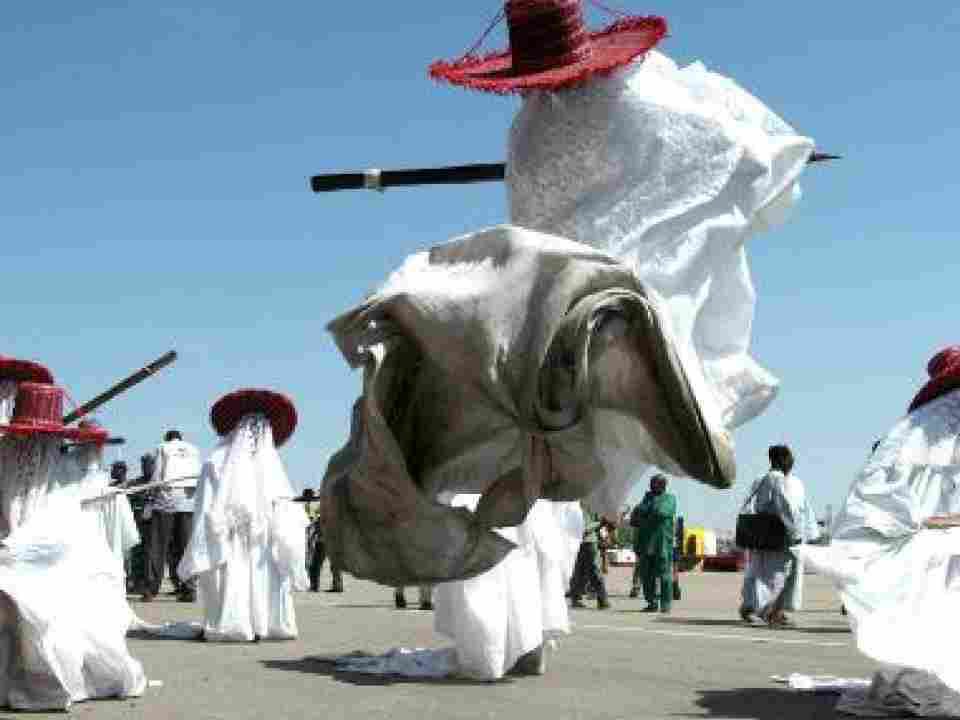 Some masquerades are so revered that they hardly come out, only at very important events, such as the funeral of a king or great person, special religious festivities, etc. The more revered a masquerade is, the slimmer the chances are of seeing.

These 5 masquerades are the most popular in Nigeria, even if you do not know their names, you must have heard about them or seen them at certain ceremonies. 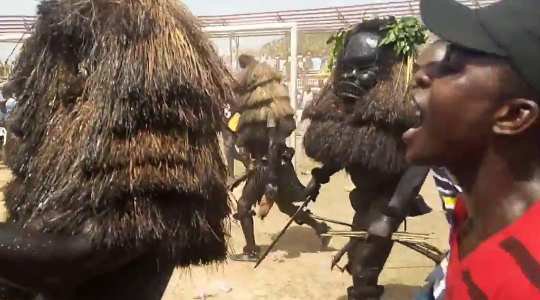 It comprises two segments: the upper and the lower segments, divided at the centre by a big python, usually built with colourful materials and sticks. It takes about 100 men and 60 days to prepare the masquerade for the appearance. 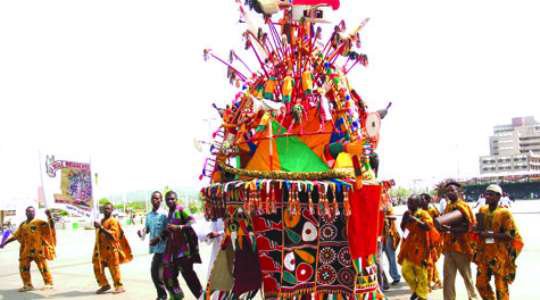 There are many forms of masquerade native to different South Western states but the distinctive white apparels of the Eyo masquerade shines out.

The masquerade is native to Lagos state and comes out during the Eyo festival held in Lagos. There is usually more than one masquerade and all of them wield the traditional iconic staff known as “Opambata”. 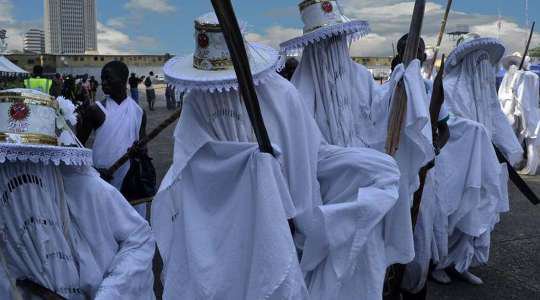 The Ekpo masquerades, just like in many parts of Nigeria, are believed by the people to be spirit beings brought back to the land of the living.

They are native to the Efik, Ibibio and Anang people of Cross River and Akwa Ibom states, though some parts of Igbo land have also adopted them. They usually consist of ugly black face masks and a straw body. Sometimes, the face is just as large as the body.

Ekpe masquerade is a visual cultural reference to the Leopard society, since its costume, makeup and props define it as such. The Ekpe society is the most renowned traditional institution in Efik history, not just because of its spiritual or cultic functions, but also for the fact that the institution was a pre-colonial police and judiciary system. 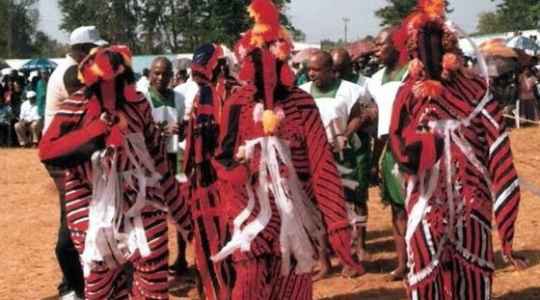 The Egbabonelimwin are an acrobatic dance group native to the Esan people of Edo state. They appear in groups at festivities to keep the audience in high spirit.

The post SPIRIT REALM! See Some Of The Most Popular Masquerades From Tribes Across Nigeria appeared first on illuminaija.

AFRICAN RHYTHM! These Are The Top 10 Best Traditional African Dances