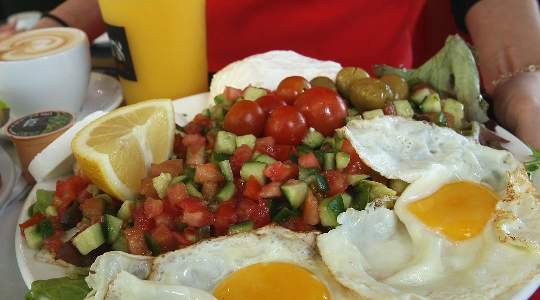 Breakfast is considered one of the most important and generally the heaviest meal of the day. Here are typical breakfast meals from eight countries across Africa.

Other than being a famous vacation spot for history lovers, Egypt’s breakfast platter has a couple of things to offer. The most common breakfast is the Ful Medames and ta’meya. Ful, pronounced as fool, is made with fava beans cooked with oil and salt essentially and served cold mostly. 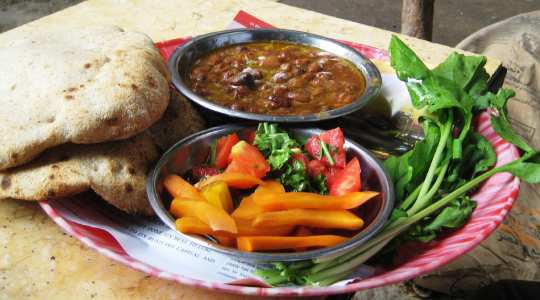 Some people use pepper, lemon or mint for the preparation as well. Their preparation requires a while including overnight soaking. An easy alternative are canned beans available at stores. Ful can be eaten with eggs or pita bread.

Other than that there is also Ta’meya or falafel. Cooked from the fava beans as well, te’meya is also served with ful, pita bread, cheese and eggs.

Injera, the sourdough flatbread might not appease your taste buds at the very first bite but it is an immersive experience. The most common and widely consumed injera is made of a grain called teff. It’s a thin, evenly spread bread with food served on it. 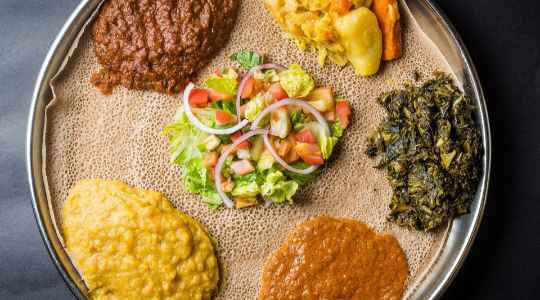 Tibs, on the other hand, is cooked meat with onions, garlic and hot pepper. It is generally beef but can be replaced with other meat too. Tibs are naturally served with injera. Shiro is a reddish, saucy chickpea powder dish slow-cooked in the famous and spicy red berbere sauce.

This Mauritian cuisine is heavily inspired by Chinese and Indian cuisine. They also carry a lot of flavours from the French and European cuisines because people migrated from all these places to Mauritius. Dhol puri is essentially flatbread stuffed with curries.

A yellow split-pea pancake made on a tawa and filled with cari gros pois (bean curry) and Mauritius’ famous rougaille (a spicy sauce of sweet tomatoes, thyme, garlic, and ginger) is what the locals and travellers enjoy alike.

YOU MAY ALSO LIKE  OMG!! Flood Sweeps Away Baby Left With Her Little Brother In Oyo State (Graphic Photo) 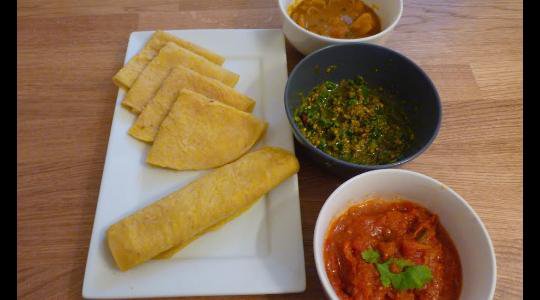 The Mauritian version of dumpling, boulettes are steamed balls with varied fillings such as vegetables, chicken or shrimp. They originate from Chinese cuisine and can sometimes be eaten with fried or boiled noodles.

Moroccans like to keep their breakfast simple that includes fried eggs generally. It is accompanied by black olives, cheese and a gracious serving of oil, generally olive oil. Other fried eggs they are also fond of fried eggs with khlea, a type of dried meat. This combination is a perfect mix of taste and texture of food. 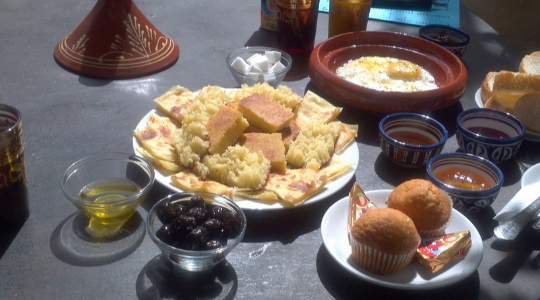 Harcha is a type of Moroccan bread made from semolina flour. It is large and round and is served with a copious amount of honey or soft cheese. It has a slightly gritty texture and a buttery taste. Moroccans love their mint tea too.

Sadza is the most common dish found in Zimbabwe. It is a stiff maize meal that resembles thickened porridge. It can be rolled into a ball and dipped into meat, sauce, gravy, sour milk, or stewed vegetables. Dovi came after the Portuguese traders brought peanut crops into the country. It is a traditional peanut butter stew with meat or vegetables and now is an important ingredient in many dishes. 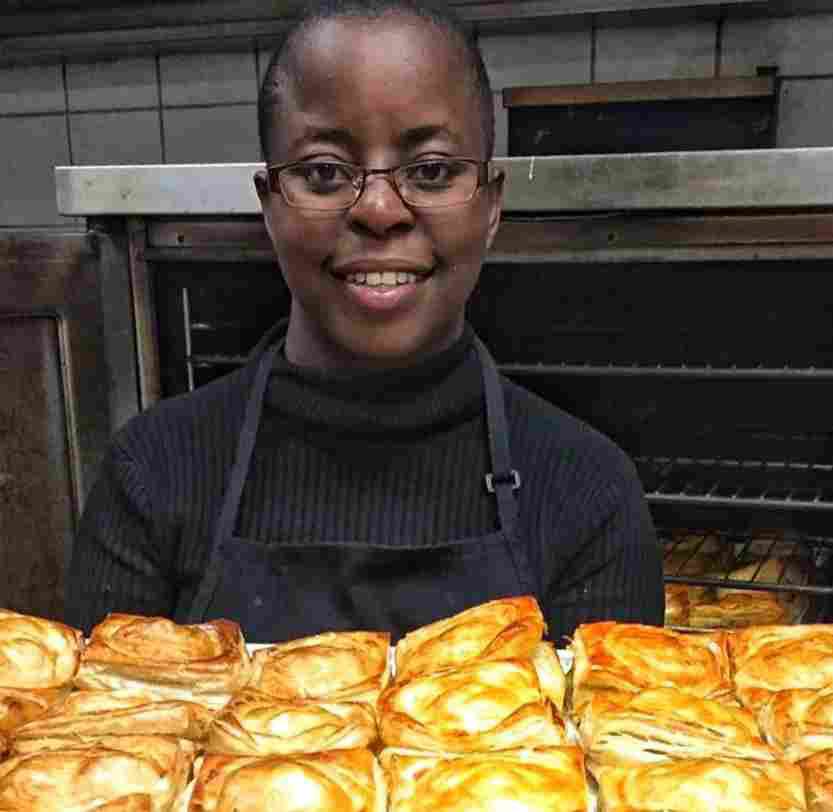 Mapopo candy is a papaya candy. Since papaya is one of the main crops in Zimbabwe, the locals make it into candy. Papaya is cooked in and dusted with sugar to make a sweet treat.

People from Kenya go light on the breakfast and enjoy their tea with a side of mandazi, which is a kind of deep-fried dough similar to an unsweetened doughnut. Its smell and taste are heavenly. The tea sometimes may also be accompanied by a piece of bread or a side of fruit. The tea is very milky and high on the sugar content

Ugali is a maize meal. It is usually served as a white stiff porridge, good for dipping in stews (such as beef or vegetable) or making into a makeshift spoon when you eat with your hands.

Waakye is the staple food for the people of Ghana. It is a simple meal that is cooked with red or black beans and rice and considered highly nutritious by the locals. It’s often served with salads, spaghetti, fried plantains, garri, meat and fish. 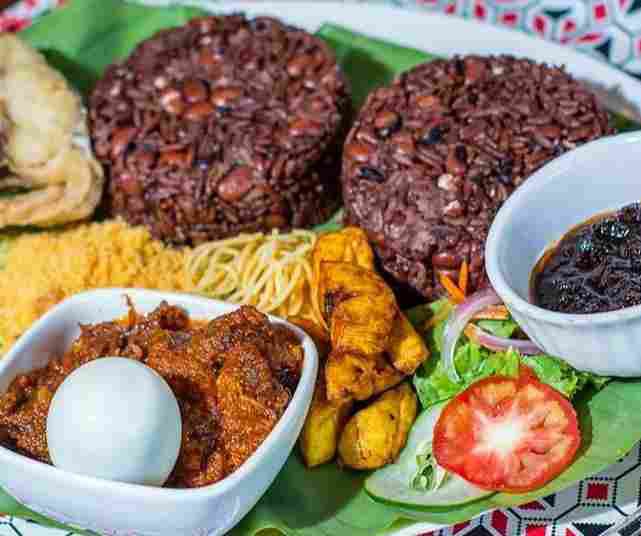 oo ne beans is a food usually consumed by the people pursuing manual work. The meal is fried roped plantain with beans and has high protein and carbohydrates.

Most Nigerians grew up eating this traditional dish. Akara, which is made from peeled beans, is usually accompanied by Ogi.

Ogi is a ferme 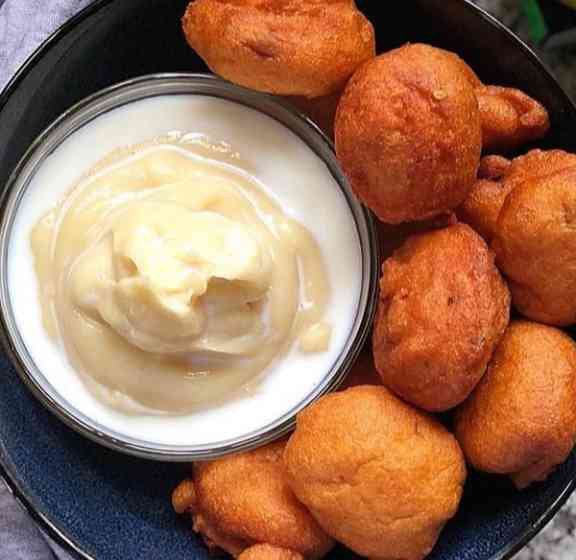 nted cereal pudding typically made from maize, sorghum, or millet. Ogi, also known as akamu or pap and can be replaced by oats or custard. Another favourite amongst the locals is dodo which is fried plantain along with fried eggs. It can also be served with stew or sauce.

The post START YOUR DAY! Here’s What Breakfast Looks Like In Various Countries Across Africa appeared first on illuminaija.