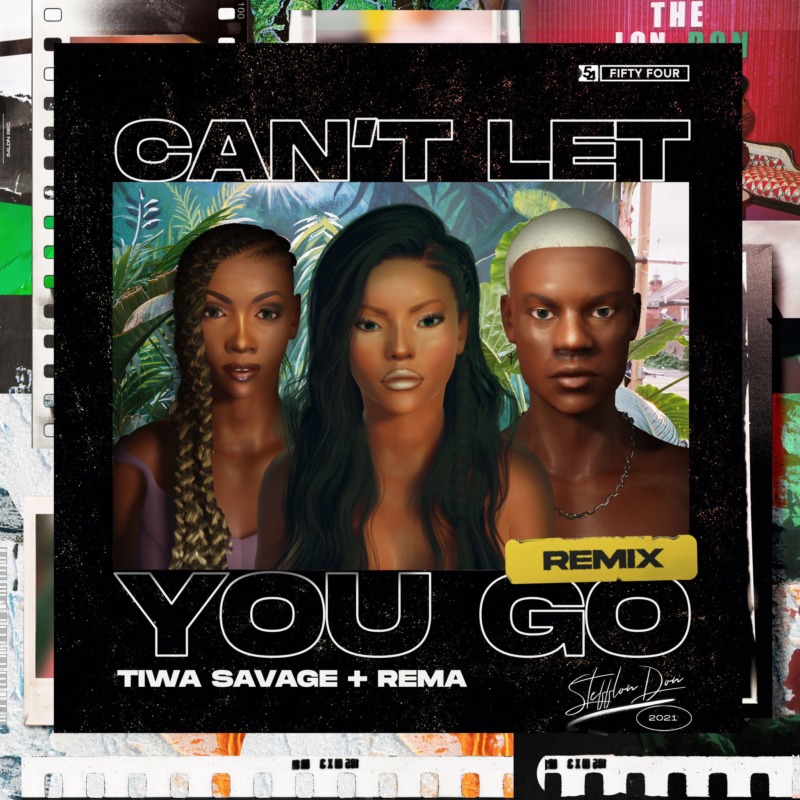 On this official Remix for “Can’t Let You Go” Stefflon Don unleash her inner romantic side once again, with the infectious island-tinged bop given an extra layer of flavour for melodious singers Rema and Tiwa Savage to flourish well.

Stefflon Don is on the periphery of global greatness. The charismatic, multilingual, multitalented rapper, singer and songwriter is 2017’s most electric and eclectic emerging act. Steff’s admirable achievements over the past years is a simply one that can just happen to an average artist. From Jools Holland to the BBC Sound Poll, Steff’s powerful presence commands attention both on record and in real life. With a string of prominent collaborations behind her, and her relationship with African’s Giant – Burna Boy the Diva is a big force to be reckoned with.

Speaking English, Dutch and splattering her speech with her parent’s Jamaican patois, Steff has the effortless ability to inhabit many worlds, offering a genuine, authentic global perspective through her music. Whether rap, grime, pop, bashment or bubbling, Steff sounds utterly at home.

Steff first made an impression in 2015 with her powerful, patois-inflected version of Wretch 32’s Six Words and her take on the Section Boy’s street smash Lock Arff. She quickly found herself fielding requests from the UK’s elite; Lethal B (Wobble remix) to Sneakbo (Work remix) and Angel (Hop On), and, coming full circle, was one of the few features on Wretch’s recent Top 5 album, Growing Over Life. She also appeared in Gigg’s Lock Doh video and joined Krept & Konan on Jerimih’s single, London.

The industry took note of her growing YouTube views and exponentially rising fanbase; in 2016, Steff signed a publishing deal with Sony, and in 2017, she signed her own label – V-IV – to Universal. Spotting a star-in-waiting, Steff was soon offered a deal by Coach K, the man behind US label Quality Control; Steff’s labelmates include Migos and Lil Yachty.

This rapidly rising superstar has lofty ambitions, but never at the expense of selling out her sound, her style or her soul. She has always been sure of herself, clear about exactly what she does – and doesn’t – want to do. For Steff, authenticity is everything.

YOU MAY ALSO LIKE  [Lyrics] T Classic – “Think About It”

“For this track, I wanted to lean into my natural singing voice and also experiment with doing some of the melodies in Yoruba. The overall vibe of the track is underpinned by a sultry Afro Beats sound. I always love to fuse all of my cultural influences into my work, because I am very much inspired by different parts of the world”… Say Steff