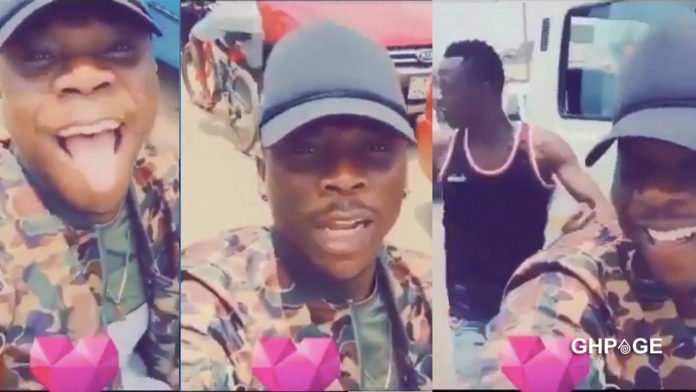 A viral video of Stonebowoy massively endorsing the use of ‘Okada'(commercial motorcycle) which the flagbearer of the NDC John Dramani Mahama has promised to legalise when voted into power.

The Bhim president who recently visited Ashaiman had to engage the service of an okada since their was hectic traffic in the town forcing him to park his car.

In a video sighted on social media, the Dancehall artiste could be seen sitting behind an Okada while narrating what made him go for that mode of transportation.

YOU MAY ALSO LIKE  Oodera – “My Hustle” (Prod. by Pentouch)

Stonebwoy says Okada is good for the people