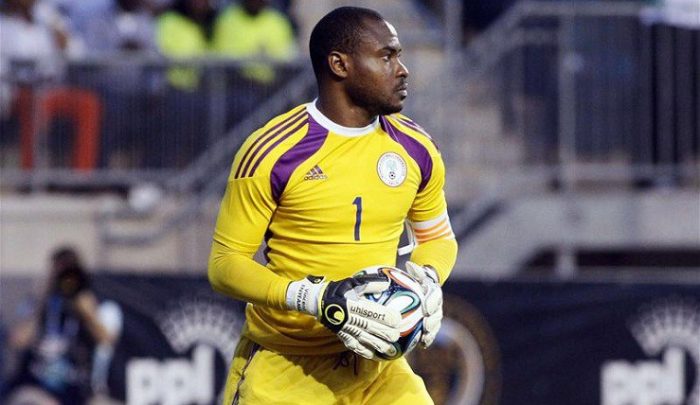 Super Eagles goalkeeper trainer, Aloy Agu, has told Vincent Enyeama, that his return to the team is up to him.

The former Lille stopper announced his retirement in 2015 and is currently without a club.

Enyeama, now 37, recently indicated his interest in returning to the Nigeria national team.

“He made a decision that he needed a break, wanting to relax with his family, and if he decides to come back, it is a good one; after all, it is no crime playing for one’s fatherland. But, there is the need to look at performance, because football is all about performance, and that is what Enyeama must show.

“The questions we should be asking are how his performance is? Is he back in club football? If you look at the team now, we are having competition in the goalkeeping department and Enyeama must prove he has that x-factor which is performance to come to the negotiation table,” Agu told Sports Extra.

Enyeama was capped 101 times before he exited the national team setup.